Showing posts from January, 2023
Show all 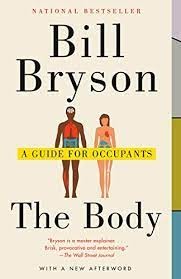 I’ll chalk this week up to being one of a couple medical check-offs. I had a physical yesterday and I am scheduled for a colonoscopy on Friday. (Don't be jealous!) I’ll spare you the details of both, because nothing says you’re old more than talking about your health, or lack of it. But my visit to my doctor provided a reminder of my current read. I am reading Bill Bryson’s book, The Body: a guide for occupants. The book is fascinating at so many levels and has given me a new appreciation for the complexity of the human body. Each chapter addresses a different part of the body and I can tell by how it’s written that Bryson did a ton of research in writing it. It’s a 500+ page book, a size that will usually dissuade me from even checking it out, but I have to say, I am hooked on it. I find myself telling my wife and kids some of the trivial facts that are in it. Things like: 1. The average person blinks 12,000 times a day. Enough time that your eyes are actually closed for
Post a Comment
Read more

Sometimes Things Happen For A Reason 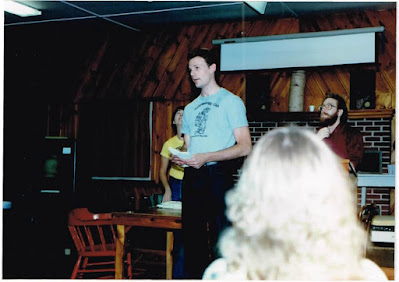 For a number of reasons I spent nearly six years pursuing my Bachelor's degree in Geography and Anthropology. As part of it I spent a year as President of the Anthropology Club, a nonprofit, student led group of peers that met for talks, speakers and social events. As part of that we organized a Spring Conference every year that was held at the Itasca State Park Environmental Station.  I'll spare the details of the conference, but my last year there I met a woman, Christine, and we sort of hit it off. I seemed to have an affinity for shorter women and she was no different at just about 5 feet. She was also spunky and feisty and rode a motorcycle. In this case, she had even ridden hers four hours up to the conference, which is an amazing feat on any motorcycle, especially the little Kawasaki 400 she had. Well, anyways, after the conference we dated a few times. I quickly found out she was a fairly strong feminist, which I totally respected. When I asked her if it was okay if I
Post a Comment
Read more

January 11, 2023
Well, it's been a long hiatus for the So it Goes blog. Other than the short post in 2021, I think it's been since pre-COVID that I actually posted regularly. I think I just needed to step away for a time and take a break from the commitment. It was beginning to get a little robotic and obligatory and so I just put it on the back burner for a while. Much has happened since then I think. I've published a couple of books since then, Cretin Boy and At the Lake. Both give me a great sense of accomplishment, despite the fact that they are not NYT best sellers. I can't imagine not writing, and having four memoirs and a handful of poetry books is about nine books more than I ever imagined, so that's something. I have missed some of the nice feedback that my blog used to give, I'll tell you that for sure. Looking back there were some that even said my blog was what led them to checking out my books, which is pretty cool. I think I will stick with keeping it to a weekly p
Post a Comment
Read more
More posts