Not So Super Sundays

February 01, 2015
Well, that national day of mourning is upon us once again; Super Bowl Sunday. I can say that for a number of reasons, nine to be exact. You see, Donna and I come from a long history of teams that lost a super bowl. She grew up a Buffalo Bills fan and I grew up a Minnesota Vikings fan. Between us we have a combined 8 Super Bowl losses in our family. Throw in the 1997 Packer loss to the Denver Broncos, and well, that makes nine.

And this is nothing to say of the lost opportunities with NFC Championship chokes that the three teams have managed. That would add another nine. (There seems to be a trend here.) With perhaps the biggest NFC collapse in history happening two weeks ago at the hands of the Seahawks, well, just suffice it to say I will be watching tonight's game with great ambivalence and a bitterness that will take a while to go away.

The debacle in Seattle deserves no more mention except to say that it eclipsed Gary Anderson's missed field goal a the end of the 1999 NFC Championship game. That one still stings too. Oh, and Brett Favre's throwing interceptions to the Giants and Saints.


When I think back to my first Super Bowl, I remember watching the Colts and Cowboys in a thriller from my living room on Portland Avenue. I watched with my Mom and stepfather. It was a nail biter and kind of sucked me into the whole football experience.

Well a few years later, I got to watch the team I idolized play in the Super Bowl. It was the Vikings and Miami at Rice Stadium in Houston, Texas. Below are memories of an impact player from each of the Super Bowls I have had a vested interest in. 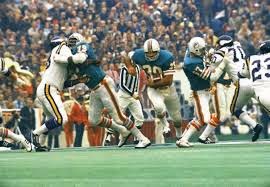 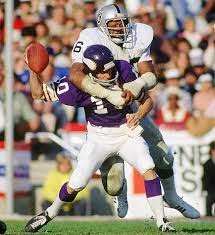 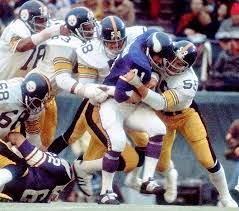 So, that's the rundown. As I look at it my Super Bowl record is 2-9, so that's nothing to boast about. More often a day of regret than one of celebration. I'll keep watching though.

Now, I think I'll go sit down and root for Seattle mostly because I'm a Russell Wilson/Darrell Bevell fan.

And if they lose, well, I'm totally okay with that too.