September 03, 2017
I went back to Minnesota for a few reasons this past weekend. I took Sarah back to college, had a book signing on Friday night and went to the State Fair on Saturday.

It was a whirlwind weekend but one of some really great human connections. I refer to them as such because they are moments of being highly present and listening to peoples' stories. These are the stories and interactions that make me look back and reflect on where I've been, where I am and how my story is inextricably bound to those of others as we fumble our way around on this this huge piece of dirt spinning in the universe. 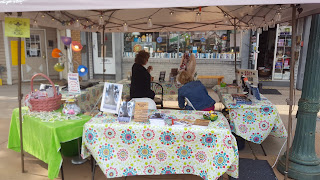 I don't tell this last story because I want to be lauded as a good guy, or to puff myself up. It was simply a really cool experience that may not have happened if I had not switched chairs. It definitely would not have happened if I had not engaged and been present for this person, this human, this sister of mine. And both of our lives would have been less rich as a result. It was a great ending to a great weekend of connection.