January 21, 2018
The big day is almost here. The Portland House comes out and will be available via eLectio Publishing, Amazon and Barnes and Noble Online this Tuesday, 1/23.


So there are more specifics about these friends and more in the book, but you'll just have to read it. It is my hope that it will take you back to a simpler time of families building neighborhoods and neighborhoods building a city. 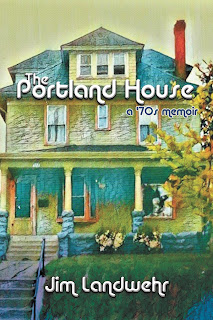