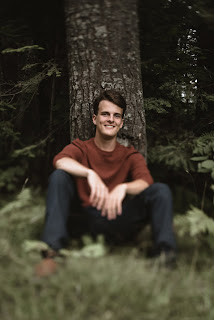 Tomorrow my youngest turns 21. We will celebrate it together as a family on Saturday in one of our favorite places on earth, Pine Forest Lodge in Mercer WI, aka, "The Cabin." We have gone to this resort on and off for almost 20 years. We took a year off last year, but missed it so much that we booked it again this year.

Ben has said that one of the things he is looking forward to doing is ordering a beer at the bar in the lodge. I guess I can't argue with that logic anymore. He is 21 after all. It's as legit as it gets.

But nevertheless, it is weird to say I have two adult children who are relatively self-sufficient. You slog it out in the trenches for so many years, then deal with elementary, middle and high school, and before you know it you're watching them navigate college and adult life.

There are too many good memories of Ben as a young kid to put in a single post. One of the forever memories will be when he was a little over a year old, he'd walk past the oven and catch a glimpse of himself in the oven window. Then he'd stop and admire himself and mug a little and keep walking past. He was always a bit of a ham, big with a cheesy smile when a camera was pointed his way. He's a photogenic kid too, so it was a good combination.


His dramatic episodes of injustices laid forth by his sister earned him the title of "airhorn." It wasn't so much a nickname as a term for his behavior, "Ben's airhorning right now," Donna would say to me on the phone at work. The video below is a good example of what it sounds like. 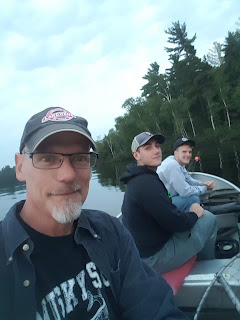 Ben always liked sports too. Like his father he was a solid 2nd or 3rd string football player, and an apt soccer player. His best sport though was swimming. He took it on as a sport his junior year and I swear it helped him grow up. He suddenly was more disciplined with his time and energy. I credit his swim coach and his teammates for that.

So now he is in turning 21 and we will be spending a week fishing and kayaking with him and the rest of our family. My wife and I have both come to the realization that having adult kids is a whole lot of fun. When they start relating to you as adults, you laugh about things you never could before. I do a whole lot of that with both of my kids.

Our family has nothing if not a similar, sarcastic sense of humor. And at the cabin, I am looking forward to lots of laughs this next week.