Existentiality Is Not Just For Breakfast

October 10, 2019
I got an email last night about one of my poems that sort of caught me off-guard. I am always grateful for feedback on my writing as, for one, it means people are reading my work, and secondly that it is having an impact. 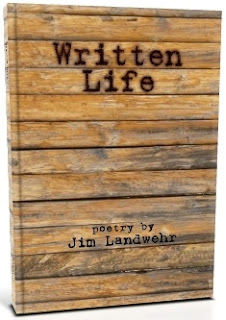 This one referenced a poem, Wednesday's Child. The poem came from my collection, Written Life, and addresses the night my father was killed at the hands of a gang of men. I titled it after the nursery rhyme "Monday's Child" about children according to the various days of the week. It reads:

I thought the Wednesday theme was fairly relevant given the tone of the poem.

Anyways, the woman who emailed mentioned how the poem made her cry and even pray. She prayed against the violence and racism of today, and I must admit I pray that every day as well.

When I thanked her, I told her the story behind the poem and how everyone has a story and this was mine. I also mentioned that it all ended well, in that my mother was a hero and raised us all to be decent, loving human beings. She replied back with her own tough childhood story, thereby validating my thought that everyone has a story. Many are tragic. What makes us who we are is how  we respond and carry on through it all.

So between this touching email and a friend dealing with a recent heart attack, another dealing with cancer, another with a detached retina, and yet another who is grateful to be alive after a wicked car accident, I am having yet another existential crisis.

I hate to blab on and on about how lucky I am to be alive and in good health, but all of these things around me remind me of my life in the balance. None of us is guaranteed tomorrow or next month, and I am brutally aware that I need to live like it. We all do.

Here is the poem she referenced.

On a warm Wednesday night in June
my father steps into a bar not knowing
it would be a step preceding his father
into eternity with The Father.

A beer to numb the pain
of the angst of his middle age
and maybe another to numb it more
because it was Wednesday night.

The Wednesday night regulars say their hellos
and speak of loves, loss, and luck
while Johnny Cash sings
about those same things in the key of E.

In walk four youths with nothing to lose
looking for someone to prove it to.
He was the biggest target they could find
for their Wednesday night wilding.

They take him on four to one
he holds his own for a bit,
fighting to make it to Thursday
on this Wednesday night in June

But they kick and punch
with brutality and vengeance
beating a man because of his race
for fun on a Wednesday night.

When they leave he asks, why me?
Before he gets an answer
they return and beat him again,
beat him to death on this Wednesday night.

A call comes in from dispatch:
Altercation at Happy Harry’s,
a man down, bleeding, not breathing.
Lights and sirens, too late on a Wednesday night.

*From the poetry collection, Written Life