In and Out of Country 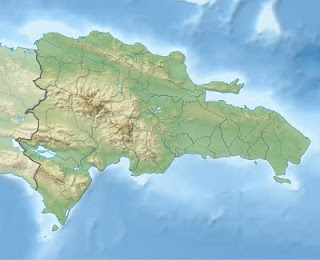 Summer came in at about 120 decibels today, pretty much from sunup to sundown. It started with my neighbor's son re-roofing a small portion of their roof for the second time in less than 3 years. It seems he's a country music fan and like most people working on the outside of their house, he likes his music on the loud side.

Now I don't want to sound like Clint Eastwood in Gran Torino, but you see I have a thing about country music. I'm just not a fan. Never have been. Can't be. Won't be. Tried it. Don't like it. Never will probably. Keep thinkin' it might grow on me. Doesn't. Just grates on me.

So I am likely to be accused of being labelled as un-American, or perhaps a socialist for saying such a thing, but hey, it's a free country. If it could be a country-free country, well, that would be even better.

Don't get me wrong, I don't have a grudge against people who love country music. I don't understand their allegiance, but they likely don't understand my allegiance to rock, blues, reggae, world, alt, indie, or jazz. I like all of those, and as I said, I've tried to include country, but it just never sticks.

I don't know if it's the sometimes phony drawls or the scripted format of "my dog, my truck, my woman, my bad luck, my country, my gun, my, my, my..." but it's just not happening for me.

Now I'll give you Waylon and Willie, but that's about it. I'm nit biting on Alan Jackson, George Strait, Hank Williams or the guy who sings "High Places." (Is it Garth Brooks?) Again, no offense to those who like it, but it's just not me. I can't like it. ;-)

There was a period about 4 years ago where I was really into smooth jazz, and I never really liked jazz, especially that kind of jazz. But all of the sudden, it just struck a chord with me and I couldn't get enough of it. I'm over it now and am wondering if the same might happen with country music.

In addition to the country blast from the neighbor, I enjoyed a full day of Harley pipes, dragsters, lawn mowers, edgers, car stereos, sirens, and neighbors. I even contributed my portion using my palm sander to refinish our back door. I did it inside the garage to spare the neighbors, but am sure I did my share. Overall, summer is a very noisy time. It's no wonder I and the rest of the world are going deaf.

Again, I'm starting to sound my age, and I realize it, and I don't like it. I'm going to try and not become a crotchety old man. Now, get off my lawn and turn that music down!

My daughter Sarah returned from the Dominican Republic last night. It's hard to describe the emotions I felt seeing her walk down the steps of the school bus knowing the experiences she had probably had. It was overwhelming. I am so proud of her. It sounds like she had an amazing time and made a ton of Dominican friends. I'll talk more about the pictures she showed us and the stories she told in a later post. Suffice it to say that my goal for next summer is to get Ben and me over there.

As I said I'm working on refinishing our back door. Yesterday I took it off the hinges and sanded it down. I really don't know what I'm doing, whether I'm sanding too little or too much, but I'm giving it a go. I always tout how I AM NOT handy, but I manage to get things done to a decent level every time I take it on. I'm confident this will be no different. I've found that you can google anything and find a video on how to do it. We really have no excuse not to tackle any project anymore. It's how I fixed my dryer, some of my plumbing clogs, etc. It's been a great help. I owe a lot to the fine folks at Google. They're likely invading most of my privacy, but they've been there for me too.