When They Grow Up 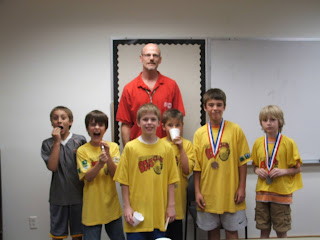 So some days are better than others. Today was a day where I had a hard time keeping up with the Zoom meetings, emails and instant messages at work. Other days are blissfully quiet when the emails trickle in slow like, messenger is quiet and the phone doesn't ring. There's something appealing about each, but I prefer the latter, thank you.

But amidst the busyness of the
day, I got a Facebook friend request from a person I didn't recognize. The messenger note mentioned that this person was googling something about the Crystal River and "Boys Club" youth group from Elmbrook Church, where we both used to attend.

Anyhow he said that an old blog post of mine came up where I talked about the Crystal River campout and the whole Boys Club organization. It seems like a lifetime ago that I was part of it all, but it was really only about 8 to 10 years ago.

But what caught me about his message was he said that in his experiencing his new fatherhood, (he has a two year-old daughter and an 8 month old son), he felt he could suddenly relate in a new way to some of what I described in my blog. He went on to say that it was refreshing to see both poetry and issues of social justice come out of a "Ranger" he used to be taught by at a fairly conservative church.

He mentioned that he'd bought a couple of my poetry books and was really looking forward to reading them.

Of course I accepted his friend request and thanked him for his kind words. I explained how much it meant that something I did 10 years ago might have had an impact on someone other than my own son, who was in the program as well.

It reminded me how important it is to tell that teacher or that mentor or that uncle who meant so much to you as a young person what an impact they had on your life. It is these moments of light during these dark days of the pandemic that give me hope and joy. A short snippet from the post reads:

"...your time as a Ranger, a poet, and a father still makes an impact on hearts and minds, even to younger guys who are seemingly strangers. "

So, just remember, it doesn't take much to do it, and might make another person's day, maybe even their week.