Comments on the Coast

I returned from San Diego yesterday after being away at the ESRI Users Conference for a week. The conference was the usual whirlwind; informative, fun, and exhausting all at the same time. I learned a lot, met a few new people and a ton of old friends.

California is beautiful but kind of an enigma to me. The cities I've been to there always have really decent weather of course, but there's more to a place than it's climate. This year, the weather was unusual for San Diego, being a tad muggy earlier in the week, and then cloudy and even rainy (though warm)  later in the week.

I remember vividly my first trip out to California in March of 1983. Three friends and I rented a Chevy Cavalier station wagon advertised with "unlimited miles"  for a week-long trip to Los Angeles. We drove 40 hours continuously from St. Paul, Minnesota to Manhattan Beach, California. I googled it to be sure, and at today's speed limits, it's down to 29 hours, still a drive, but not quite as epic as 40. 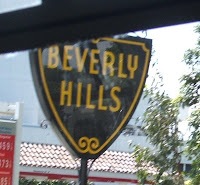 We took turns at the wheel, switching every four hours or so. We ran into a snowstorm in southwestern Minnesota right off the bat and for a time were not exceeding 30 miles an hour. It's never good to start out a 40 hour trip in traffic or bad weather, knowing you have that long drive ahead of you.

The thing I remember most about getting there was the palm trees. That and the fact that the weather was 80 degrees in March. It seemed surreal. Too good to be true. It caused me to wonder why we live where we live? With places like this, why would anyone live in the godforsaken northern climates?

Then after a week of experiencing the cost of living, traffic and seeing the ghettos of Watts and endless pavement and homelessness, I began to appreciate the simpleness of the Midwest again. One of my friends was fairly obsessed with moving out there after he got back, as was I in some ways, but after a week back or so, I came to my senses.

There was something so plastic and superficial about much of the people and culture of California. It's hard to describe, but it was all about what you owned, drove, did, saw, or who you knew. I realize there's probably parts of it that are more down-to-earth and real, but there just wasn't a real "neighborhood" feel to any of it. It was then that I realized I'm more a Lake Wobegonian than a Cosbyian or a 90215'er. I like people who are real and don't put on fronts. I'm more Red Green than James Garner.

I didn't get back to California again until my 1st ESRI Users Conference in 1999, some 16 years later. I think San Diego is hands down the best city in California, of the ones I've been to anyway. It was a much better experience, less traffic, less blight and less plasticity.


In 2008 I went to see my niece graduate in Redlands, California. It is a nice city in it's own right, although it gets too hot in the summer for my liking. My mother, sister, niece and me drove up to Santa Barbara to see a friend of Mom's and it struck me as a place I could live. A beautiful seaside city. Knowing what the land values are up there though, it would never happen. 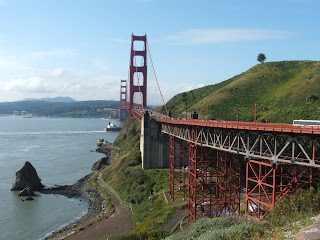 I've also been to San Francisco. Another beautiful city with out-of-reach real estate. I loved the beauty of the architecture, etc, and really liked being that close to wine country and the Redwoods of Muir Woods. A beautiful area to be sure.

I was talking to my niece who lives in Redlands and her friend about the dangers of earthquakes, and kind of came to the conclusion that any area has its dangers. They get quakes and wildfires, we get tornadoes and floods. It's a tradeoff, and a risk most Californians are willing to take.

If you're thinking of visiting the area though, you won't want to listen to this recent song by City and Colour. He doesn't much fawn over it like I just did. LOL.

While I'm not sure I could live in California, it sure is a nice place to visit.

The Queen Bee said…
You haven't spent enough time in Redlands to make an informed judgement. Take away the glorious weather, beautiful mountain views, and Palm trees, and you basically have a very friendly, very safe, family friendly, Midwestern town. Cost of living is as inexpensive, if not less, than the Twin Cities metro area. I've traveled all across the US, and Redlands, CA, is by far, my favorite place to call home....
July 13, 2013 at 9:21 PM

Jim Landwehr said…
Didn't mean to dis CA, Pat. Everyone has different tastes and you're right I probably need to live there a while to form an objective opinion.
July 17, 2013 at 5:21 PM