May 26, 2014
In looking at another character in my coming book, Dirty Shirt: A Boundary Waters Memoir, today I will write about my son Ben. At the moment, Ben is fifteen years old, but at the time of the two trips we took to the BWCA together, he was thirteen and ten.

Ben loves to camp. For his birthday last year, he asked if he could take a friend up to Kohler-Andrea for a day at the beach and then go camping somewhere. We ended up going to Long Lake in the Northern Kettle Moraine and had a really good "guy trip" together. This summer he keeps talking about a backpacking trip that he's scheduled to take to the Porcupine Mountains in Michigan with some friends and a father of one of the boys. He's actually saving up his money to be able to buy a backpack for the occasion.

What's even more interesting is that he has mentioned once or twice that the summer after he graduates from High School, he wants to take a trip to the BWCA with three of his friends. Now, if you don't already know, my book starts with that very scenario - me and my high school buddies going on a trip after graduation. It was a trip that went about as badly as anyone could expect. Beginning with our travel plans, Train-Bus-Hitchhike and including such things as bad equipment and poor food choices, it was doomed from the start.

I hope to help him with making his trip more successful, if it happens. (Though we all learned a lot from that trip, trial by fire is never pleasant.) 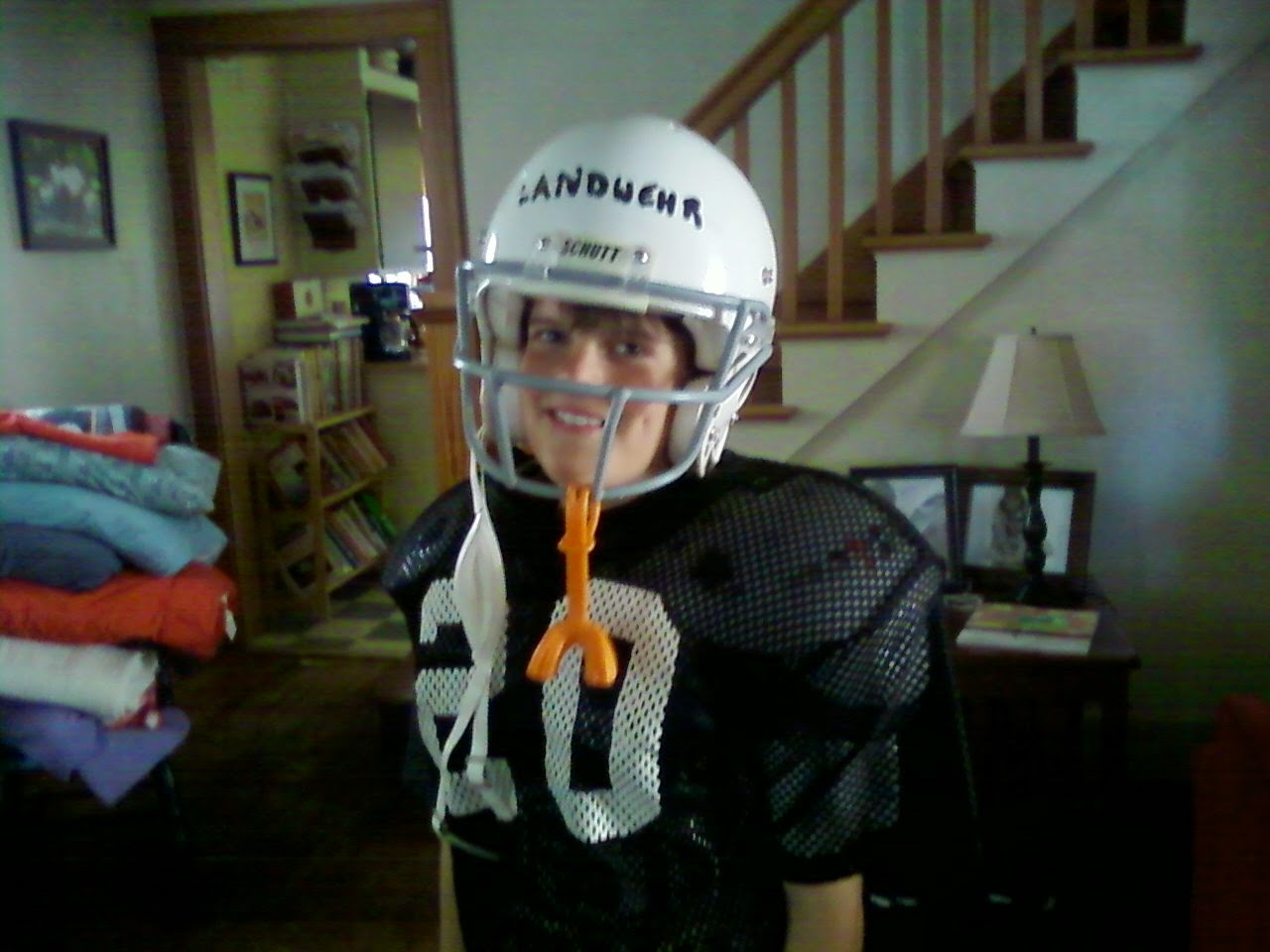 Ben is a lot like me in some ways. In his grade school and middle school years he was always average height and thin. Because of this, like me, he was relegated to third-string on the football team. I give him credit for sticking it out for three years despite being overlooked by the coaching staff. He loved being part of the team though and many of the guys are still his friends today.

In the years prior to that he tried most other sports including soccer, basketball and T-Ball, and never really developed a passion for any particular one. Again, I can't slight him for trying. Some people are more physically competitive than others. Now he enjoys lifting weights, biking and other individual sports as opposed to team sports, much like me.

Ben is taking guitar lessons and recently got an electric guitar to complement his acoustic equivalent. Next up is an amp to go with it. 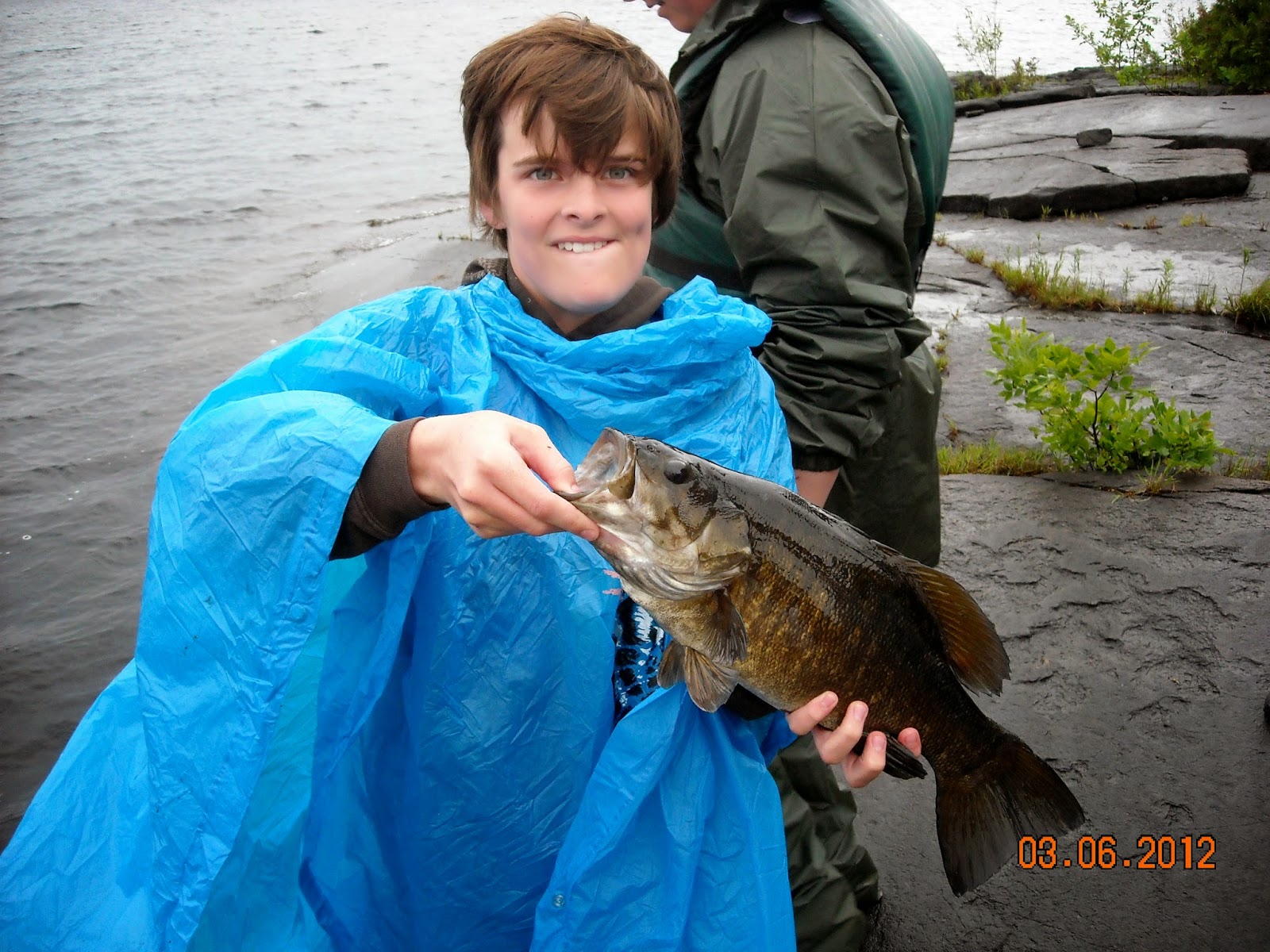 One of Ben's goals is to catch a musky sometime. We tried to get him one last year, to no avail. We'll give it another shot this year at the cabin in Mercer and with a little luck he'll get one. It only took me 46 years to get my first. One of the cooler fish pictures we have of Ben was in 2009 when Tom hooked into a smallmouth from shore and let Ben reel it in. It's a beauty and was the beginning to a great BWCA experience. I hope to get the whole gang back up there in 2015.

This fall when I go up to Piragis Bookstore for a signing in August, Ben will accompany me and we'll spend some good guy time in the great outdoors again.

To hear more about Ben and his BWCA experiences, you'll just have to read Dirty Shirt. Release Date is June 17th, 2014!