Let me start by saying last night I finally finished Brene' Brown's Braving the Wilderness. In the book she talks about something called inextricable connection. It is this idea that as humans we all crave a connection to a higher purpose. I kept waiting for her to get to the solution, and by the end of the book she did. She said it is in our presence with others, both one on one, but more importantly as a collective in large events. Concerts, plays and even sporting events allows us all to experience joy and connection and as a result leave our lonely places and perhaps feel more alive.

I had it happen repeatedly this weekend.

It started with my presenting my experiences as a writer to the high school students at Waukesha South. The coolest part of the whole day was seeing the great diversity of South. There were African American, Asian, Hispanic and white kids everywhere I looked. It is the most racially diverse high school in the county and Friday reminded me of why I am so glad my kids attended there. In this polarized country and hyper segregated region that we live in, this school experience was a pocket of fresh air and hope for me.

Then, on Friday night, we went down and saw two bands, Driveway Thriftdwellers and Zach Pietrini and his band at Anodyne Coffee. And there is nothing more connecting for a large group than music, in my opinion. Each concert we attend is a unique entity, etched in time between everyone who is present. When the lead guitarist went into a long riveting solo, my son turned around and said "That guy is badass," which is EXACTLY what I was thinking. It was a moment of connection between the musician, my son and me. Ben then mentioned that the guy could easily launch into a Pink Floyd solo, because he was that good. The Roger Waters (of Pink Floyd fame) concert he and I attended wall forever remain a connection point, a shared experience between the two of us that will always tie us to something (humanity) bigger than both of us.

On Saturday I attended the Southeast Wisconsin Festival of Books at UW Waukesha. I really only attended two sessions, but they were both right in line with this idea of collective consciousness, connection and being part of something bigger. 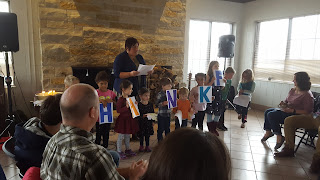 And finally today we gathered as a church for worship as CollectiveMKE. This combines all the elements above, music, fellowship connection and sharing our lives. All of these things make me realize how alive I am despite all the pain I carry every day. These things fill me.

Brene' Brown says in her book Braving the Wilderness,

Well, amen to that, sister.

And this was a weekend that reminded me that getting out of the house and away from isolation is probably the most important thing a person can do sometimes.