January 07, 2014
Evidently there is a phenomenon known as a Polar Vortex. The official explanation of it has something to do with polar cyclones that are ongoing all the time at both of the poles. Every once in a while some of this polar air gets shifted and ends up migrating south. It is better explained in a picture from Wikipedia.

The goiter or turkey beard like thing you see in (c) would be the anomaly that is sitting in my backyard at the moment. It's a wicked goiter to be sure. A heartless, gripping, relentless turkey beard. And I don't like it. No one does. A friend of mine said, "Is it just me, or is maybe the Earth trying to get rid of us?" With temps in the negative teens and windchills in the negative fifties, one has to wonder. I know it's trying to get rid of my fingers and toes. As Greg Laden, a bioanthropologist said:

“We are not seeing an expansion of cold, an ice age, or an anti-global warming phenomenon. We are seeing the usual cold polar air taking an excursion."

Well, it can go back home anytime. We've got enough to deal with these next few months of winter without some sort of arctic road trip.

I woke up this morning to my wife saying "What if the car won't start? What will we do?" I replied that there is no car that can't be started without a good jump.

"Wow, that sounds like something a former Minnesotan would say," was her retort.

Realizing that the pressure was on because of my bold statement, I went out expecting our 2004 Santa Fe to crack right over like it did on Monday when the temps were almost as bitter. I turned the key and got nothing but complaining and griping from under the hood. Even that was short lived as it eventually flat lined to where I barely had an engine light. 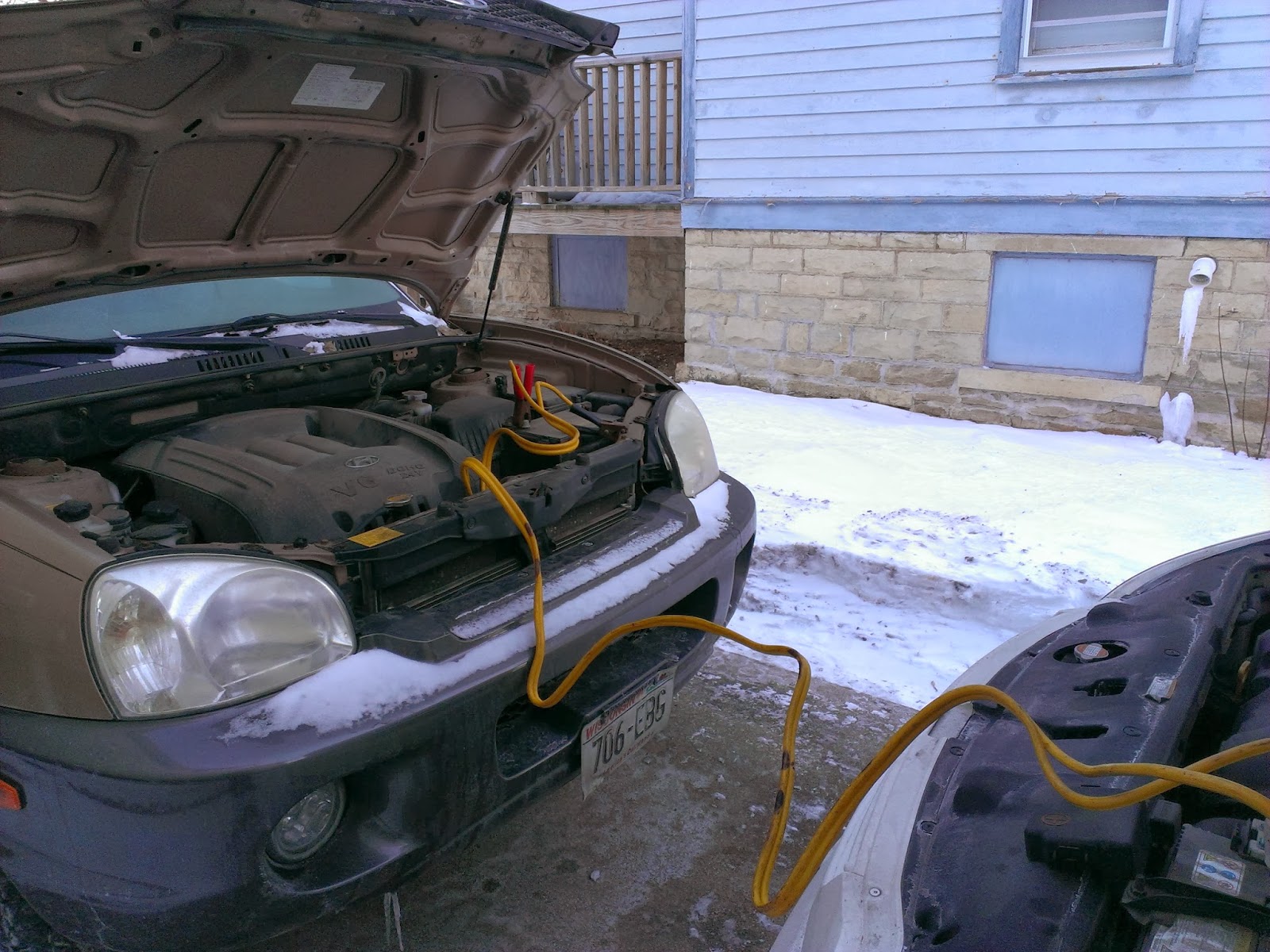 I had been Polar Vortexed!

Never fear, I thought, this was why I parked the vehicles nose-to-nose. That's an old winter-beating trick I learned the hard way many years ago. If you don't have 20 feet of cables, you'd better plan ahead. I got out, hooked up the jumper cables Red dead, red live, black live, black dead (ground). I waited impatiently for all of 1 minute and tried the car again.

Wait for 3 minutes and repeat.

Re-check the connections until I see sparks from the cable and let sit for 10 minutes, with an occasional engine rev for good measure.

Turn the key and Booyah! That's what I'm talkin' 'bout! (My grammar has gone numb!)

The interesting thing was, at one point I had my glove off for about a minute. After I put it back on, it never got warm again. It got increasing colder, even inside the car, until I went in the house. Now, that's when you know its seventeen below zero.

After I get to work, I get a text from Donna that the furnace is "leaking" something, and could I check it at lunch? Figuring it would be a good chance to charge the battery of my Frankencar, I made the trek at lunch.

Lo and behold the furnace was indeed leaking a bit of water. I give the humidifier hoses lines a good blow out to make sure they're clear. Next I took the cover off the furnace and gave the maze of wires and fires a good stare down. They looked a lot like the last time I gave them a stare down. I gave it a quick Dave Lennox blessing and shut it again.

When I came home from work, the leaking had stopped.

The moral of the story is I continue to not be a fan of winter. The other night I took the dog for a walk and it was snowing lightly and completely windless and quiet. It was so beautiful it was moving.

But I know better. That's the nice uncle winter, not the drunken, wife-beatin', car killin', furnace taxing, will-to-live sucking polar vortex abomination that showed up on Sunday night. No, that uncle is more what winter is like than nice uncle winter.

The problem is, I think we're stuck with drunk uncle winter for a few more months. 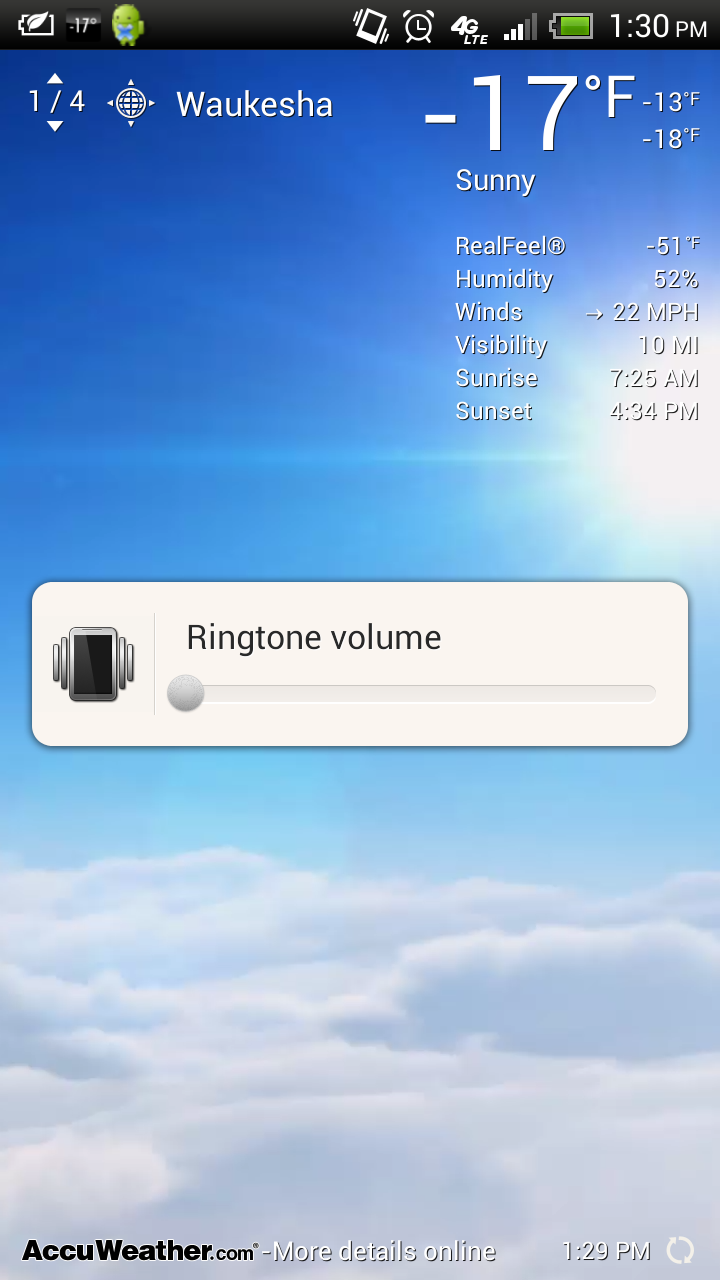