Just What I Didn't Need


On Monday, another rock star, Ric Ocasek of The Cars, died. Earlier last week, Eddie Money a rock star of my era also died. All of this has caused me some angst, as the death of a rock star does, apparently.
The Cars were my absolute favorite band for years in the early 80's I saw them four times over the years, 1979 to 1984. I idolized those guys. Ric went on to have a pretty successful solo career to, which I followed to a degree. So when I saw the news that he'd passed away I was shocked and saddened. I guess I didn't know he was 75, which is shocking in its own right. But the point is this kind of thing keeps happening and it's a sucker punch to me every time. 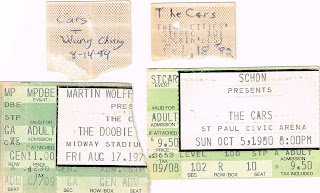 After I got through the initial alarm of it, I talked through the meaning of life with my wife and a couple of friends/ I said to my wife, "What's the point if everything in life keeps dying?" Her and I have had a lot of mortality talks lately, for some reason. I think some of it is has to do with having both of the kids out of the house. We've just got each other from day to day now, so we tend to go beneath the surface of each other's angst. Some of it may have to do with having passed the age of 50. And I know some of it has to do with dying rock stars. I mean, why wouldn't it?

My wife and I are joking of course when we speak lightly of death and all that goes with it. Hopefully we'll have another 30 years together, but one never knows. It is a gift to have her to laugh in the face of death, though. It grounds me. We talk about going down in a plane when returning from Europe someday and think to ourselves that "at least we'll be together". There's a lot of truth there. 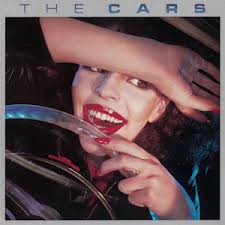 To continue working out Ric's death, the brevity of life and my own mortality, I reached out to my friend, Pat. He and I go back to grade school and are on the same page spiritually and many other things. I brought up the book of Ecclesiastes to him because it goes on about "There is a season for everything" and he reminded me that we need to remember how God sees us and that should be sufficient. Quit worrying about death and live harder for the here and now.

So I have to ask, am I going crazy or does everyone over 55 think this way? I hope I have a healthy outlook about it. I can at least laugh about my obsession with it. At the same time it has ramped up the urgency of living each day like it's my last. I've said it before, I need to have coffee with everyone soon, so we can catch up before one of us isn't around anymore. A chance to say, "Hello. How have you been? You feeling good? Take care of yourself."

I'll text you all tomorrow and set a date. If I don't, please know I'm thinking of you and are glad you're in my life.