4th Grade Tales - The Adventures of Joe and Mac

Below is the second of my, let's call them my "early writings." Again, these are the first stories I can remember formulating as a kid. All of them were 3 half page stories. Evidently, I had a word limit at age ten too.
This is another runaway fantasy of mine. It seems I was preoccupied with leaving home and all of the adventures that might come of it.


Ten noteworthy things about this story:

As funny as it is to pick at it, this is the mind of a 10 year old boy in 1971. I was formulating my love for telling a story, albeit at an elementary level. 40 years later, I still struggle with the same things. Plots, characters, dialog, conclusions, action, etc. This was the beginning and I'm glad it happened. I wouldn't re-live it any different. 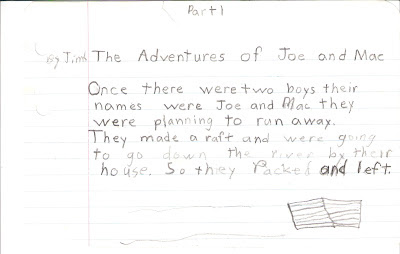 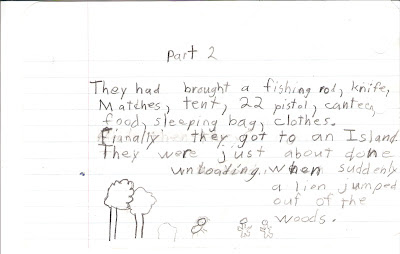 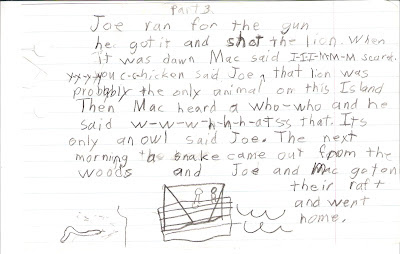