In the Face of Fifty

We celebrate another milestone tomorrow. My brother Rob would have been fifty. It is a sad occasion in that I wish he were here so I could have helped him celebrate it. At the same time, I'm choosing to turn it into a happy occasion. The reason being, it's what Rob would have wanted. He would want us to celebrate him, not cry into our beer. If he were around, I have no doubt that he would take all the age jokes and senior citizen cracks and ribbing in stride, and would probably throw some barbs back as well. He'd smile big for the camera - it was his style. You don't see any pictures of Rob with the straight-line, no teeth smile that I have in most pictures of me. He was truly a very happy person an he wanted others to be happy too. 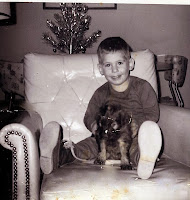 In looking back over the past years, there was no birthday of his that really sticks out to me as being special. Because I am in Waukesha and have been for 27 years, I didn't get the chance to go to many of his birthdays. The one I do remember though was in 2006 at the Landwehr "Hunt," an annual event that brought all of the male uncles and cousins up to Dent, Minnesota. Rarely were guns brought to the hunt or discharged except for a little shotgun bowling, which is as redneck as it sounds, and twice as fun. 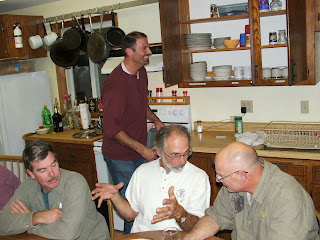 It happened that Rob's birthday fell during this particular hunt. There was no cake to speak of because Rob made little mention of it being his birthday. It also didn't help that we were guys cooking our own food, so cake wasn't really on the menu. We did toast him during dinner as I recall, but otherwise there was little fanfare. It was however one weekend I will never forget. I laughed so hard with him, Tom and Paul at times I thought I was going to die. It was one of those rare weekends where all the brothers were together for a time and everyone was in great spirits.

Rob taught me many things in life and played a big part in making me who I am. He always put family first, even though there were times when one or all of us drove him crazy. We might have been crazy, but we're still family and you don't mess with that. That was part of why he made such a point to be at things like the hunt and the cabin. He was a social nut - loved people - but especially his family. I do too, in short machine gun bursts. Rob was more of a mushroom cloud kind of personality. Come early, stay late because he loved talking about the family, including his girls Jane, Alison and Amanda. 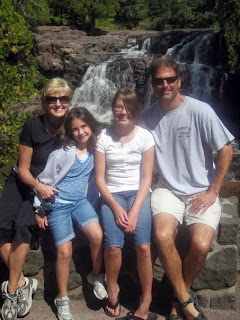 Rob taught me that a disability like a hearing loss can be overcome or at least neutralized. He even used it as a way to get a laugh once in a while. I remember our neighbor was giving us a ride somewhere once and Rob turned his hearing aid up to the point that it whistled with feedback whenever he turned his head. When the neighbor said "What was that? Did you hear that?" Rob and I just said "Nope." Then he'd turn his head again, and she said "There it is again!"

One of his favorite jokes with people who didn't know him was to say "You know I have Aids, right?" To which the stranger would look very concerned at him and say, "You have Aids? Really? I'm so sorry." Rob would then say, "Yeah, hearing aids!"

Making lemonade out of lemons in the name of a laugh. That was how he rolled.

Rob taught me that one person's advice can have a lifelong impact. He said that it was me chiding him about his smoking and about how even though he only smoked after work, I told him that soon enough he would need one at break at work, then on the drive to work, etc, etc, and before long he'd be hooked. He said he always remembered that and the voice stuck with him until he finally quit for good. He credited me with helping him, even though it was an online community called Quitnet that helped him stop for good.

He taught me that one can never have enough friends. Though again, it's not my style to be super-outgoing to the point that people want to be around you, Rob's essence just oozed that. He was energized by people - total extrovert. People helped him get through things. He didn't retreat to his man cave much (from my perspective anyway.) The friends he had in high school and college were his until he passed, which goes to show you how he kept in touch and valued people. 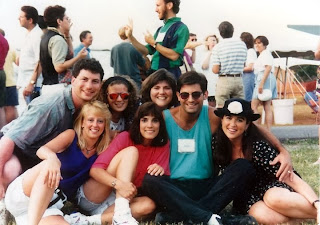 He taught me to live for today, to relish each sunset, each fish, each holiday discussion, each significant event in his kids' lives, each promotion or success, and most of all each Viking victory over my beloved Packers. (I'm still working on that last one.)

And so, as much as I miss him, I miss that he's not there to teach me anymore. At the same time, I know he'd want me to move on and pass on the principles that he held important. To smile, to appreciate your family every day, and to not take one minute for granted. Because if I waste time worrying about something, I have a feeling I'm going to get a talking to someday. 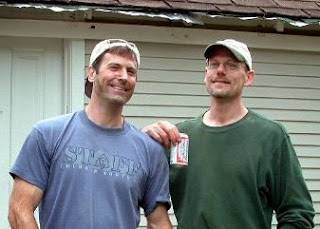