From Where Art Comes

May 15, 2014
I went to my daughter's senior high art show last night at Waukesha South. This is an annual celebration where the seniors who have been in the program for at least 3 years, get to display their artwork. There was every kind of art there from pencil sketchings, to pastels, oils, multi-media, jewelry, ceramics, and even some video.

As we walked around looking at the art after the long awards ceremony, I was amazed at the quality of some of the art that was displayed. (Granted, my daughter's was the best of all, but hey, who's keeping track?) Some of the pencil and charcoal drawings were so good they looked like photographs. There was a picture of a large parrot that must have taken hundreds of hours. It was beautiful. One student received a $75,000 scholarship to the Chicago Art Institute for her portfolio of work. Amazing talent. Given that I cannot begin to conceptualize a piece of art that I'd want to make, let alone the fact that I couldn't make it, well, this exhibit was humbling.

I don't know where artists get their talent - it must be God given, because I am sure I don't have it. While I joke about this, I think even if I "practiced" art, I would never be as good as someone with natural talent. I think it's like a musical instrument a bit, although I think that is a more attainable skill than becoming a good artist. I would think that if I practiced guitar for 10,000 hours, I would be able to play something halfway decent. If I were to practice drawing for 10,000 hours my sketches would still come out with a head that looks too big, and arms that look like they belonged to someone else. 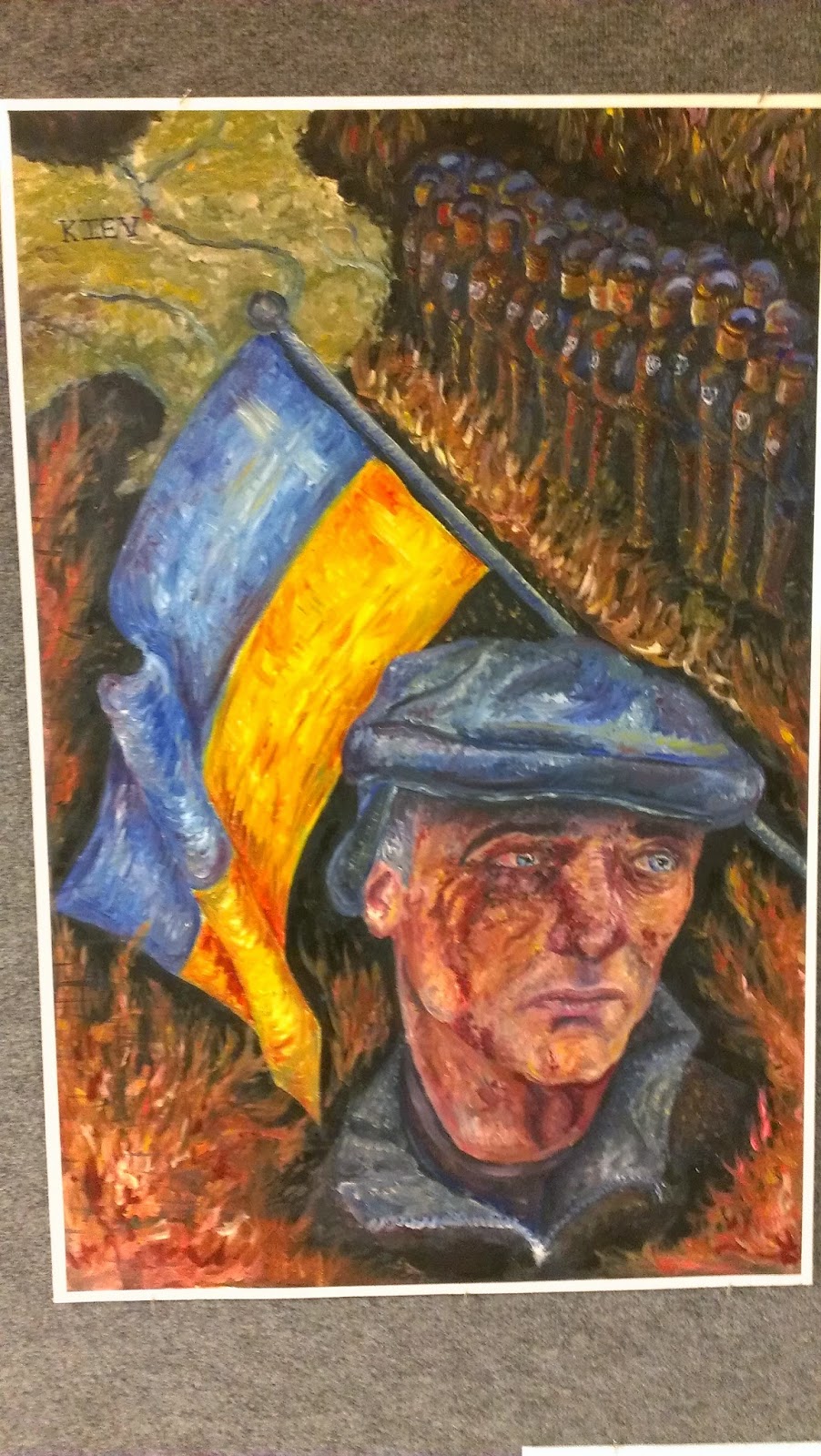 When I looked at my daughters display, like everyone else's, there were some pieces that jumped out at me as fantastic. Then, there were a couple that were just okay and a couple that I just label as "not her best". These are three categories that I think any artist would agree that everyone has. Not everyone can be dazzling all the time. It's a fact of life and is
all part of the artistic bell-curve.

This is true in music as well. Pick any band you know and I'm sure you'll have 3 songs that you love, 7 songs you kind of like, and 3 that "aren't their best". It doesn't make you like them any less, it's just a matter of preference. For me, U2's album "Boy" was their best album. Songs like "Another Time, Another Place" are once in a lifetime epics. The same goes for Sunday Bloody Sunday, and many others by them. But like any band they have their clunkers too. The album Discotheque was one of them. I like a couple of songs on it a lot. but many kind of sucked. That's music for you.

As I thought about it, the same goes for writing. While I have over 100 poems in a folder on my laptop, I feel really good about maybe 25 of them. Then there's 50 that are just okay and another 25 that are "not my best". The thing I've found fairly consistently is, that if I feel it's not my best, more often than not, that feeling is correct.

The more important thing that I try to remember is the feeling when I finish one of those good 25. There's nothing like the feeling when I'm writing it and cracking myself up. When I do that, I know it's probably pretty good, and more often than not, that is the case.

The thing to remember then, is to keep at what you love. If you're good at it, there will be moments of brilliance, and satiscation and reward. Mixed in with these however, will be many more moments of underwhelming average work and some you'd be embarassed to say you ever did ("not your best"). It's all part of the process, and every artist, craftsman, cook, teacher, writer, musician or fill-in-the-blank has them.

The best motivational (and perhaps most overused) piece of writing advice comes from Anne Lamott's book Bird by Bird where she talks about the process. I've included it below and you can swap out writing for art, music, or whatever.

"People tend to look at successful writers, writers who are getting books published and maybe even doing well financially, and think that they sit down at their desks every morning feeling like a million dollars, feeling great about who they are and how much talent they have and what a great story they have to tell; that they take a few deep breaths, push back their sleeves, roll their necks a few times to get all the cricks out, and dive in, typing fully formed passages as fast as a court reporter. But this is just fantasy of the uninitiated. I know some very great writers, writers you love who write beautifully and have made a great deal of money, and not one of them sits down routinely feeling wildly enthusiastic and confident. Not one of them writes elegant first drafts… For me and most other writers I know, writing is not rapturous. In fact, the only way I can get anything written at all is to write really, really shitty first drafts."
—Anne Lamott, Bird by Bird