December 19, 2014
So, the Central Minnesota leg of the 2014 Dirty Shirt book tour has been a fun one. An absolute whirlwind of activity these past few days, but all of it good. I'll run down the highlights.

On Monday, a couple of days before I left to come here, I got an email from a woman at the Stearns History Museum asking if I'd do an interview for KVSC 88.1 FM, a local radio station. Of course I said I would and later that night gave about a 30 minute interview. It was a lot of fun and if you haven't heard it, you can hear it HERE.

I have a new appreciation for the job and duties of a DJ/Radio personality now that I've done a couple of interviews. These folks have to take an ordinary conversation and make it listenable, In this case, Jeff Carmack did a great job and put together about a 25 minute interview. On Wednesday I drove up to St. Cloud with my mom a few hours before the Granite City Book Club event so we could meet up with my Uncle Tom. He is my dad's fraternal twin and the last remaining Landwehr sibling from that generation. He's 89 and seems to be doing OK for himself. He's still in the house he helped build in the 1960's, with help from a daily visit from his granddaughter Michaela.

Tom served as a navigator in the US air force during WWII. (My dad also served, but was honorably discharged for health reasons.) My cousin Coe showed up and we had a nice chat with Tom. Much of the time was spent telling war stories and family history stories. Tom mentioned one incident where the plane he was in had an engine take a direct hit and started "windmilling", but he said they were able to pull out of it, thankfully.

He also described a certain model of aircraft, the B-26 that was known as the Flying Coffin.  that had a history of crashing due to unpredictable failures. He never flew in one of them, but knew that's what they were called. It was a fascinating history lesson in the presence of a firsthand Veteran. 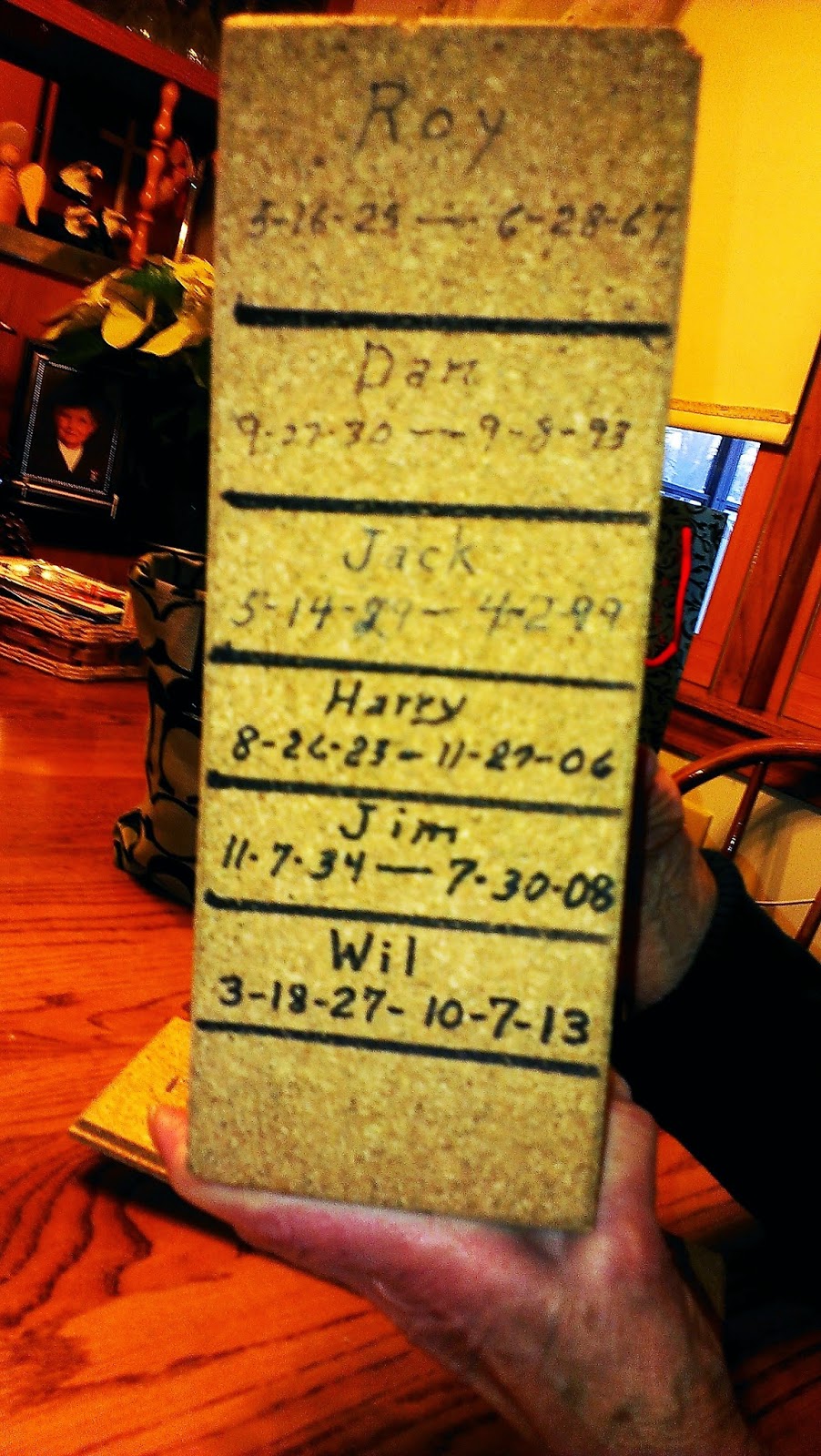 One of the more interesting things we saw while we were at his house was nothing more than an empty brandy bottle. The history behind it was, every year my dad and his brothers went up for a "brothers hunt". My dad only made it to one, because the next year he was killed. After his death they started the "Last Man Standing" bottle of brandy. The agreement was that they wouldn't open the bottle until the last brother was still alive. As the brothers started passing away, they expanded the hunt to the eldest sons. The birth and death dates of each of the brothers was written on the side of the bottle's case.

As it turns out, when there were still two brothers remaining, Tom and Willie, at the hunt a few years ago, they decided to open the bottle. It turned out it was pretty rancid stuff, almost undrinkable, but in doing so, it was the end of an era. I snapped a few photos of the bottle, because it gives a bit of life to a fairly cool story - a message in a bottle - of sorts.

We finished up our refreshments, gave Tom a hug, snapped a picture and said our goodbyes. Tom congratulated me on my book which I'm told he's extremely proud of, especially given that the picture on the front is his brother. In some respects I made a point to visit him because of his great knowledge of the family, but also because he in part is the essence of my dad. And this time of year, that's a great thing to be a part of.

More on the rest of the trip next time. 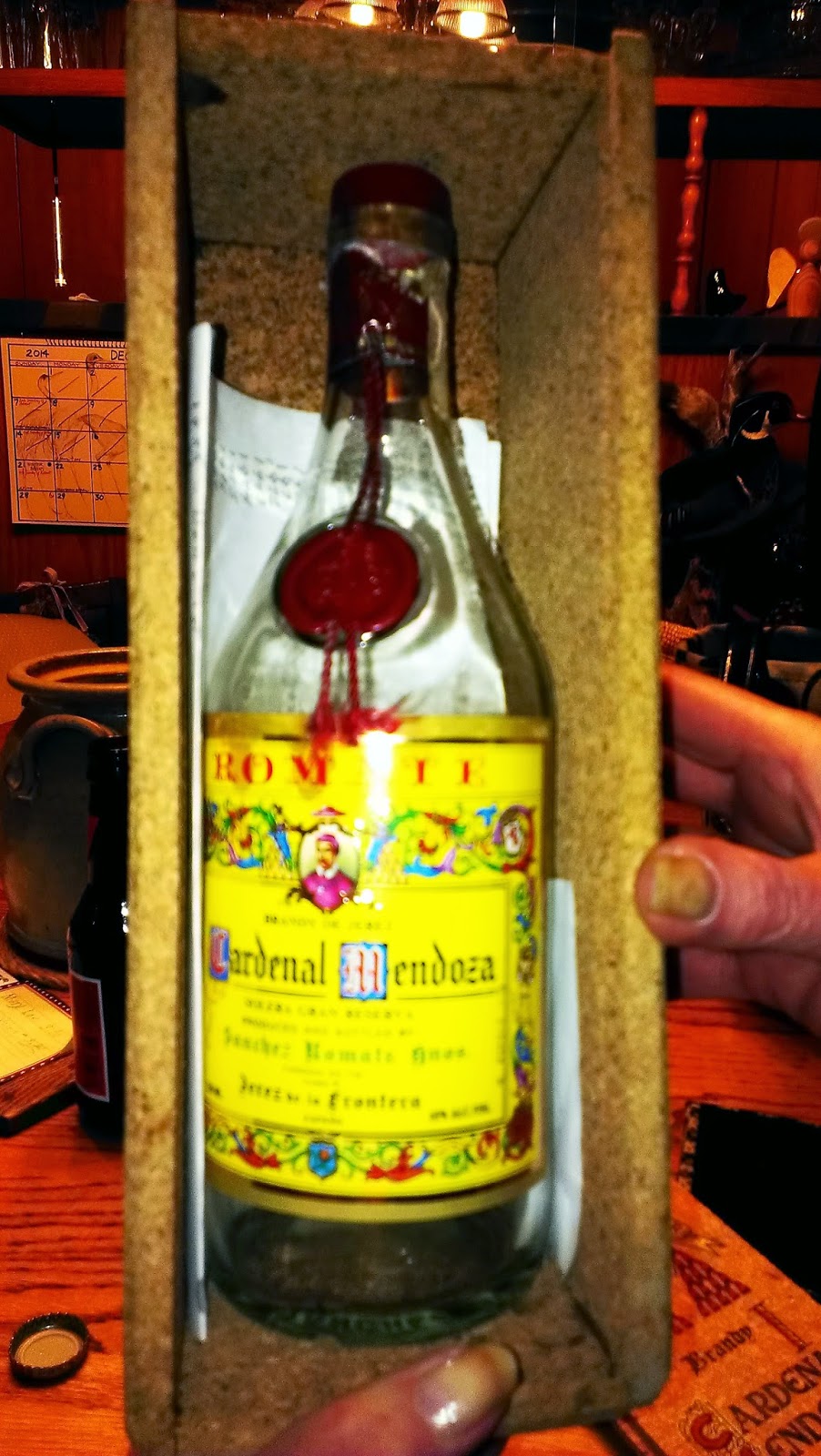