February 05, 2015
I'm back at writing the next book about my boyhood home and boy does it feel good. I seriously enjoyed the past eight months working on my poetry, but this feels good to come back to. While I love poetry, it forces you to not write - in some respects. At least it forces you to constrict your writing and be very choosy about word count and structure. Nonfiction allows me to run with an idea and hash it out. Most of my first drafts sound like it too, but that's why I get critiques. 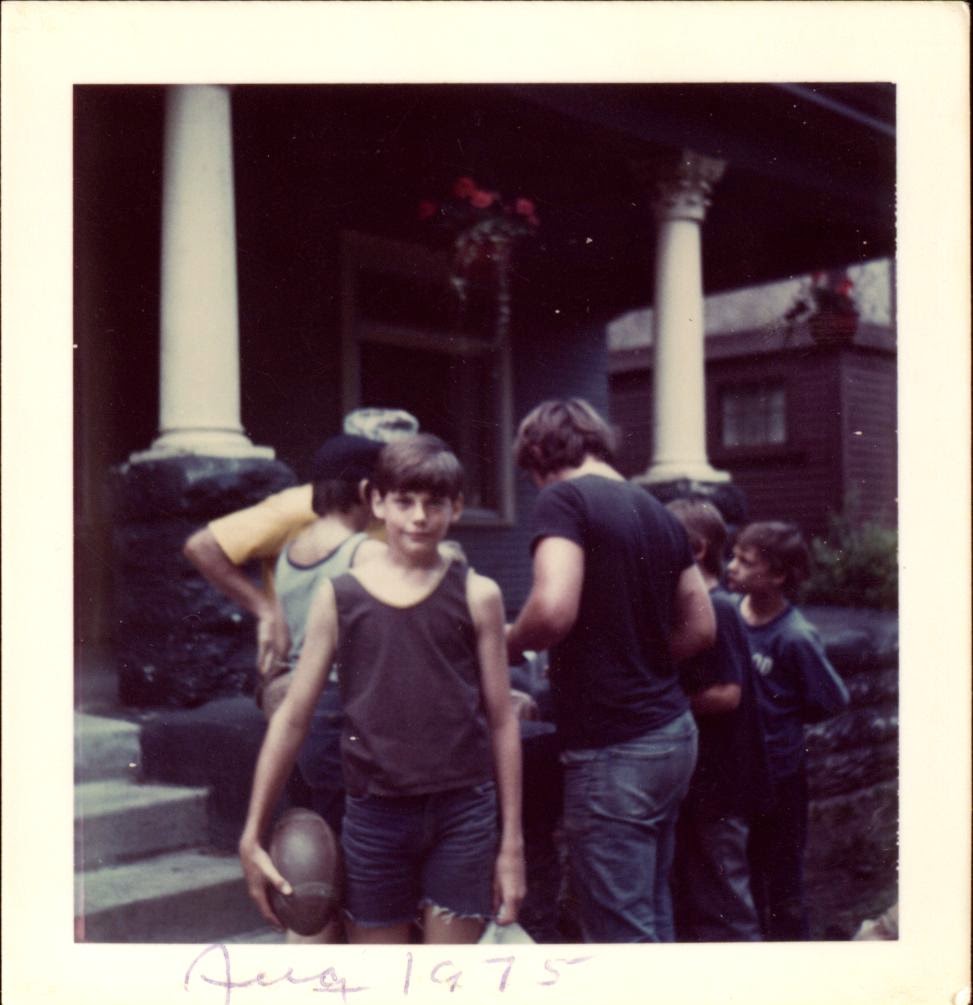 This last Monday I read and was critiqued on a piece about playing a game of pickup baseball on the
playground across the street from our house. Like my BWCA book, one of the unsung benefits of writing memoir is reliving those moments. A well written piece can transport you to a different place and time. When I described falling on the asphalt while running at full speed, a few of the critiquers said they could feel my pain, based on what I had written. The same held true when I described how it feels when you catch a line drive in the palm of a baseball glove. It stings a bit. To hear them say it sort of hurt them to read it, well, that is always really good feedback to hear.

Now, there were a ton of little tweaks and changes, but that doesn't detract from the fact that at the core, the story is impactful, funny and evokes an emotion.

People might tend to look at memoirists as nostalgia-buffs who have a hard time living in the present - always tending to glorify the past at the expense of the present. I beg to differ, at least with regard to my reason for writing it.

For me, memoir is the capture of life's moments of beauty, joy, disappointment, shame, love and much more. These are emotions everyone experiences over the course of their life. I think when someone can relate to the fact that real people experienced these real moments, it draws them into a connection with the author and the book. I'd say it's a different connection than with a fiction book, but not in an attempt to make it look better. Just different - maybe more human. I don't know. I'm just rambling.

But I do know that in the writing of this book, and in the thinking about the writing of this book, I am transported to those streets and that neighborhood in a weird sort of brain-time-travel. I can see the Elm trees, I can hear the shouts on the playground, and I can feel the insecurity of being 12 years old again. Because there was so much that was good and beautiful and funny about growing up in a huge family in the 1970's, I want to bring people there. Bring them around the dinner table (complete with chew-and-shows when mom's not looking), bring them to the neighborhood where we ran wild with play guns playing war (without the fear of getting shot by a cop because someone called the cops), and bring them along on the long summer days when we rode our bikes and hung outdoors from noon until the sun went down.

It was a different time in a different age back then. There was an innocence that has since been lost, and I aim to describe it as best I can. I think we can learn something about where we are based on looking at where we've come from. If not, well, at least we can have a few laughs along the way.

***Bill Bryson wrote a book called The Life and Times of Thunderbolt Kid. that takes the reader back even further into the 50's and 60's. It is a hilarious read and I recommend it highly. ***

The Queen Bee said…
Can't wait to read it, Jimbo!! Thinking back, I too relive the sights, sounds, smells, and feelings of those days - numerically so long ago, but in my heart and mind it's like yesterday and will never forget. Love you, Jimmy!!
February 5, 2015 at 8:30 PM