Lessons From A Bad Lip Reader

I've only been putting it off for about ten years now. In fact, I would argue that I don't really need one at all.

My family would argue differently.

Oh, that sounds better. Much better. 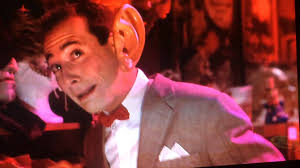 I actually had my ears tested about 10 years ago and they said I had some loss and that I would eventually need hearing aids. But telling that to a man is basically giving him license to ignore the problem for 10 years. So that's what I did. For me, it's as much a vanity thing as anything. Which is a stupid reason I know, especially given that my brother Rob wore one for most of his 47 years on earth. What's the big deal, anyway?

Well it's getting worse and I've decided that it's time.

The only problem is I can't seem to get a hearing provider to hear me.

Because I'm not a big phone person, I used a local audiology provider's email to ask for more information.

What I got was crickets.

So I used their site to "Schedule an Appointment."

They sent an immediate email saying "Thanks for contacting us. We'll get back to you soon." Or something to that effect.

The next day they sent a message telling me to "Find an Office Near You!"

Which I then did.

Along about this time I'm starting to become a phone person. So I finally decided to call the local office. I figure I'll talk to a real, live person and actually schedule an appointment.

And got their voicemail. Sigh.

I left a detailed message and have not yet heard back from them.

The moral of the story is I know a good Audiology clinic in Waukesha NOT to contact.

If anyone has any good suggestions in Southeastern Wisconsin, I'm all ears. (See what I did there?)