April 26, 2018
So we had a bit of a techno-meltdown this past weekend. My wife's phone was acting strangely. One day it started rebooting at random moments. Then, it would go into a cycle of reboots that would sometimes number in the twenties before it could she could even get into it. When she finally was able to get into it, it would work fine for a number of hours before it would cycle with reboots again.

We couldn't figure out what was triggering it, but it seemed to be worse when it was trying to connect to a new wifi connection. But not always. 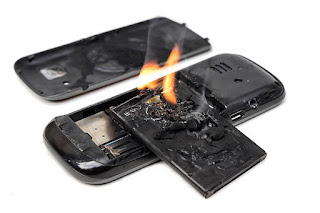 Being a tech-geek, I am all about the wipe and replace method. Once I got her go-ahead, I wiped it to factory condition using the settings. After setting up her multiple accounts, it worked for an hour before it rebooted on her. Then, the cycling began again.

Also being a cheapskate, I was determined to get it working again. Nothing a couple hundred google links couldn't fix, right?

One of the suggested fixes was to delete the cache partition at the operating system level. I was sure this would work.

No dice. Reboots again. I get the look from my wife.

After some more googling I decided to give it one more try. There is a restore at the operating system level that seemed to be worth a shot. For all I know it did the same restore that the app did, but it was much more primitive in how you went about it.

This will do it for sure.

Well, after doing battle for a few days, I came to the end of my rope. My time is worth something too. So off we go to Best Buy on Saturday morning. Within an hour she had a brand new Samsung Galaxy S9. Ironically enough she was literally one month into the "no payment" zone. I swear they have timers on these things.

The whole ordeal reminded both of us how stupidly dependent we are on a working phone. Donna was most concerned about losing her calendar, which has all of her work appointments on it. Luckily the backups have gotten much better so nothing was lost. (That we've found yet, anyway...)

I really feel they do more harm socially than good. There is nothing more rude than having a good  conversation with someone and have them pull out their phone and start futzing. Some people are better than others with this, but some have a real problem.

When we were at a CollectiveMKE church event a couple nights ago, one of the icebreaker questions was, "Tell us about an invention that will save the world." A friend of mine said, "I think it would be really cool to have a phone that is hooked to a wall, with a cord, that you could never take out of the house."

I think he's onto something.