July 08, 2018
It has been sort of a trying two weeks for me. My mom has been battling some health issues and there have been some tenuous, life stopping moments for all of us.

About two weeks ago she had a small stroke. It was discovered when she was talking to some friends and not making much sense. (I do it all the time but they never call mine strokes, but I digress.) The next day she went into urgent care and was immediately admitted.

Well, those moments when you get a text that reads, "I'm with mom at the hospital..." pretty much stop you in your tracks every time. Reading on, I saw that mom was being treated for a stroke, but was in good spirits and talking coherently. When I called her, she sounded fine. She stumbled for a few words here and there, which was very unlike her. That was the weirdest part. Mom has always been very good in conversation, so to hear her stammer once in a while was, well, strange. 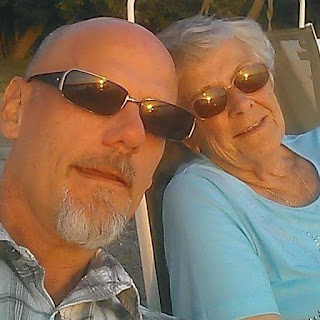 Her vitals progressed well though and she was released a few days later with some meds. We were all assured that with each day that went by without another stroke, her odds of not having another one would get better.

A few days after her release she had a second small stroke.

Again, the text from my sister stopped me in my tracks. Life has a way of closing in on you sometimes and this certainly qualifies as one of those events that causes one to pause.

Once in the hospital the conditions started to cascade along with the various diagnoses. (I'm one that's convinced Doctors are just really good educated guessers, but that's just me.) There was pneumonia, Arterial Fibrillation, low blood pressure, low oxygen and other things. Sometimes these medical things are just weirdly fluid. Fix this and it affects that. Fix that and this changes. Fix the change and a fourth thing comes into the picture.

It was like medical whack a mole for a while.

After a week and a day in the hospital, she was finally convinced to move to Transitional Care. It is an on site facility where they can give patients twice-a-day Physical and Occupational Therapy. The goal is to get them strong enough and rebuild their independent living skills to the point that they can live on their own again.

When I talked to her today, I equated it with being in jail and the only way release is granted is good behavior. She laughed and said, "Exactly!"

Anyway, she sounds better and said she is feeling better. She'll work her way out of the joint, because that's who my mom is.

As we all age, it is important that we remember that all we have is one another to lean on. So be sure and tell people you love them at every chance you get.

It's really all that matters. Love.