Highest of the Highlights

September 27, 2018
This past Tuesday we returned from our London vacation. There were simply too many good things to recount in a single or even multiple blog posts. It was phenomenal. And because I know how painful it can be to sit through other peoples' vacation pictures and stories, I thought I'd give a synopses of the high points. In no particular order, here's what I remember as moments I will never forget. 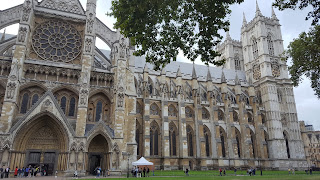 As I mentioned, there were too many good things to cover in one post. It was our first time abroad and it whet our appetite for more. On a related note, I can't say enough about the London Transit system. We found a train/subway that took us wherever we wanted to go and we were never more than a 20 minute walk from anything.