The Demise Of The Corner Grocery

January 23, 2020
Since today marks 2 years since the release of my book, The Portland House, I thought I'd take a walk back to the old neighborhood.

I saw a post recently on the Old Saint Paul Facebook site that triggered some great memories. It was on the subject of Corner Grocery stores. This post will likely date me because these places are a thing of the past. The Woodmans and Walmarts and Krogers of the world made sure of that.

We had one near us when we lived on Portland Avenue in St. Paul. I'm not sure, but I think it was even called Corner Grocery. It was on the corner of Grand Avenue and Dunlap, about 3 blocks from our doorstep.

As kids we spent many summer days walking to Corner Grocery with our allowances or other change we'd begged from Mom by leaving her a note to read before she left for work everyday. We bled her dry one quarter at a time in the summer - nickle and diming she used to call it - all in the name of a sugar fix. Sometimes it required a chore like weeding the gardens for a dollar, but sometimes it was just out of sheer exhaustion she'd leave change.

The store was a mom-and-pop owned place, I'm sure, not much larger than the ground floor of my current house. It had shelves stocked with a few cans and boxes of everything. The place was a fallback whenever Mom needed a loaf of bread or a half gallon of milk in a cardboard carton. Gallons were too heavy to carry the full 3 blocks, plus back then, they were only packaged in carboard too.

But more often, we never got too far past the front area near the register which was where the candy was kept. They had it all at Corner Grocery, candy bars, licorice, Dots, Whoppers, Boston Baked Beans, candy cigarettes, tootsie pops and Charms suckers.

I remember the Charms the most, They kept them in a vertical holder and if you picked one that happened to have a red mark on the bottom of the stick, you got to pick another free one. I didn't really care for Charms much, but being a cheap kid, I managed to try my luck at it a few times.

Along with the candy were the sports cards and collectibles, like Wacky Packages. This was my little heaven. At a quarter a pack, I almost always spent at least a portion of my money on football cards. Some marketing genius figured that one out early. Tease kids by putting one player from their favorite team in every 5th package or so, so they buy them until they're broke. I held up my end of the bargain for sure. 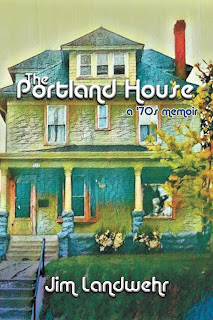 It's funny what you remember about those old places. I remember the smell and the cramped aisles and the friendly clerk who put up with our .50 sales one kid at a time, almost every day, as there was always a kid from the neighborhood doing the same thing I did.

So it's kind of sad that these places went the way of the video stores and drive in theaters. I think they were a sort of cornerstone (pardon the metaphor) for our communities. They brought kids out of their homes and were a draw from blocks around for what they had to offer. This particular place was bought by a hairdresser, Ernesto. He styled Mom's hair once a week for years and probably did a much more lucrative business than Corner Grocery.

Ernesto's was eventually bought out by something else, further proof that nothing is forever. It's a shame these places don't exist anymore, but it sure is fun looking back at them. I'm grateful they were a part of my childhood.