January 05, 2020
I have some public appearances and readings lined up that I am pretty excited about. And frankly, 10 years ago, I never would have thought that would be something I would be saying. I once was a shy boy - still am actually - but duty calls and part of being an author/poet requires reading/signings, so I try and honor that. Every time I do it I get a little more comfortable, so it's not as terrifying as it once was.

The first will be on January 15th at Mama D's in Wales where I'll be the featured poet. As you may know, I organize that event every month and after a few years since I did it last, my turn has come up again. I scheduled it after the release of my two new poetry books, Thoughts from a Line at the DMV and Genetically Speaking: Poems on Fatherhood.

Mama D's is a quaint setting and a cool coffee shop in Wales. Attendance has been really good at the past few readings, but this being January in Wisconsin, I'm not sure what to expect. The event features an open mic afterward for anyone who wants to read a poem or two of their own work. There have been some memorable moments from some notable performers here, so it is a lot to live up to.

The second appearance will be a couple of days later on Friday, January 17th at Cafe de Arts for the AllWriters' Friday Night Free for All. I'll be reading with other local published authors and poets from AllWriters' studio. 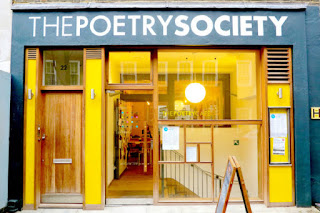 The focus of my reading there will be my 2018 book, The Portland House: a '70s memoir.  Each of the readers at this event have different credentials, like first published book, first accepted manuscript, etc. My category is multiple books. I'm flattered to be part of this event and again, if you'd told me 10 years ago that I'd be featured as a multiple book author, I'd have laughed you out of the room.

The last event I wanted to share is actually an international reading. I will be part of a multi-poet event at The Poetry Cafe in London in September! When my publisher, Kelsay Press, mentioned they were forming a group to read in London, it piqued my interest, because we were thinking about taking a trip to Scotland anyway. As it stands now, we (my wife and I) will be flying into London for 3 days and then taking a train up to Scotland for 10 day afterward. 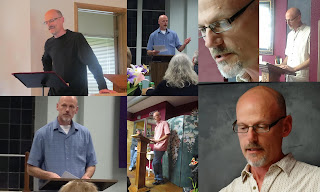 This trip is still being planned and fleshed out, but I am very excited about the prospect of saying I'd read my work in London. It is a bucket list item I'd never put in the bucket. The event happens on Saturday, September 26th at 2:00 PM. Stay tuned for more on that.

So, my writing life is busy again and that is good. I'd love to get a few more readings scheduled, so lets hope something cracks that way. Until then, I'll keep writing and working away. This gig is rewarding in ways it is hard to describe. When I'm not weeping and gnashing my teeth, it is a sort of Zen-like experience. LOL.