I want to take a minute to thank all of those veterans out there on this Veteran's Day. I have a few Vietnam vets in my circle group, guys I have the utmost respect for, in part because of the lousy way they were treated after returning. It was the first war I remember and I have vivid recollections of watching some of the action on the news, guys in tall grass and jungles and bunkers. So thank you to ALL veterans here and gone. It's sometimes hard to recognize the America you fought for in these strangely turbulent, divisive times, but I am confident that America will prevail through all the political, social and public health struggles it is dealing with. We are a perseverant lot. 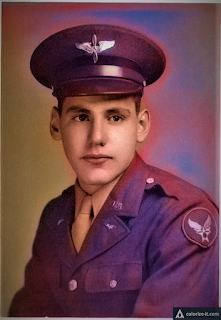 I used to joke that I put in my 4 years of service as a student at Cretin High, a military academy in Saint Paul. I realize now that jokes like that are an insult to the men and women who have put their lives on the line in the name of my freedom.

This week, my book about Cretin High came out on Amazon. It is my attempt at bringing readers into the halls of a school unlike most conventional high schools. A couple of the requirements at Cretin were taking a mandatory Military class as well as Religion. I also take the readers into the mind of a teenager outside the walls of school to hopefully touch upon the adolescent experience of trying to assert my independence and understand what it meant to be on the edge of adulthood.

While the book is humorous, it is redemptive in that, despite all the peculiarities that an all-male, Christian, military academy threw at us, in the end it provided a great education and launched me into my college years with a solid educational foundation and a strong faith.

But if I had to say what one of the biggest takeaways was from my time Cretin, it would have to be a sense of self discipline. Sunday nights you had to make sure your brass and shoes were shined and that your uniform was pressed and ready to go. Combine that with the marching events and assembling as a military brigade, and you end up with someone whose meticulously self disciplined. Just ask my wife.

So again, thank you Veterans, and thank you Cretin High.

And if you're interested in reading more about it all, Cretin Boy is available here. 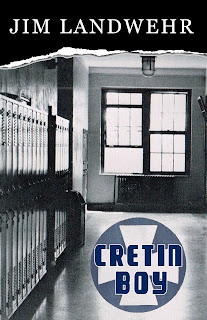