March 06, 2014
Throwback Thursdays seem to be all the rage lately, so I thought I'd devote a post to it. Pick a photo that means something, one that is over 20 years old and speak to it. So here goes. 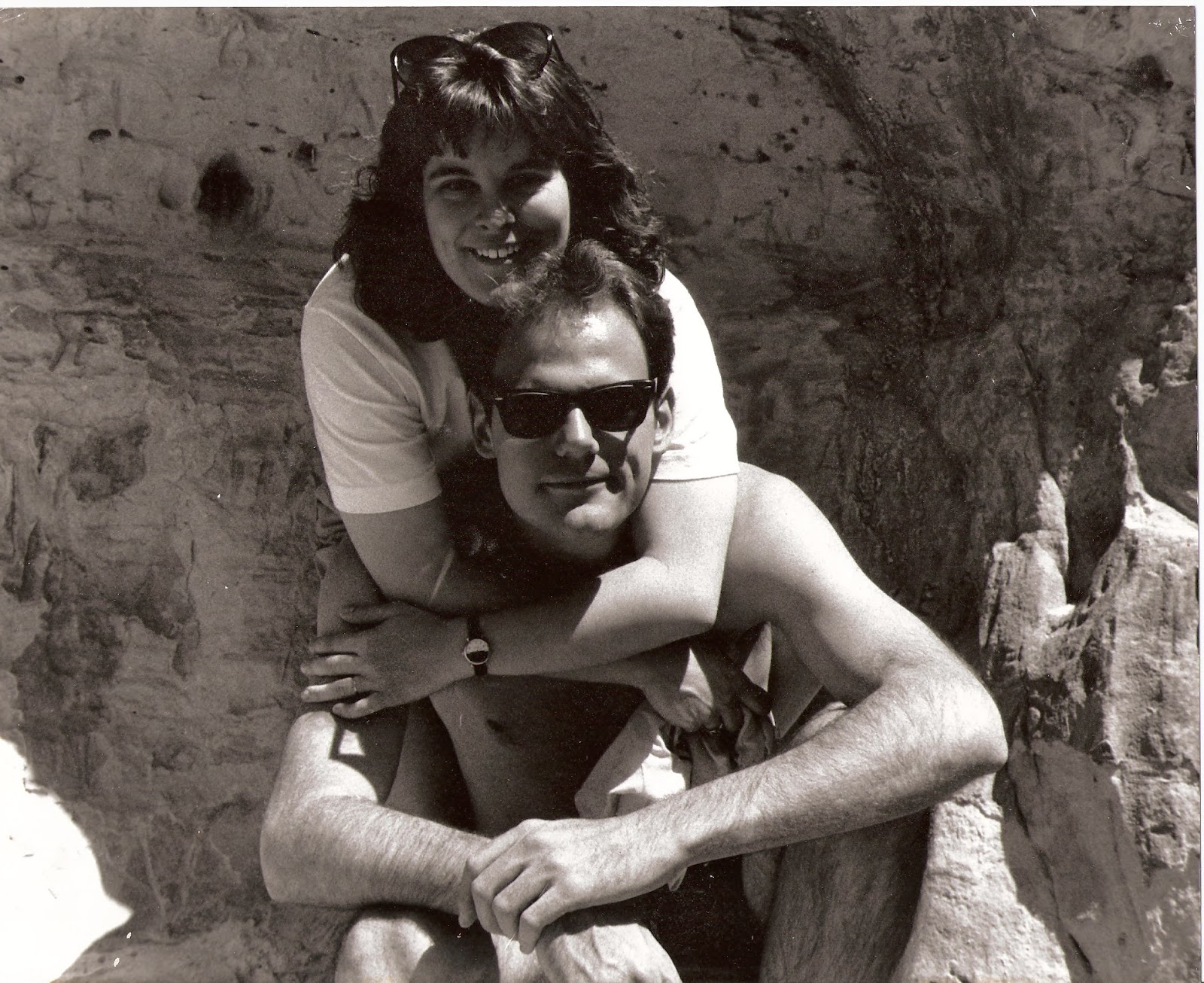 This picture was taken on the bluffs of the Mississippi river in about 1989. My nephew Nick took it while the three of us were perched on a cliff near a man made cave. If you're familiar with the Mississippi River near St. Paul, this was taken in Hidden Falls Park on River Blvd.

It is a beautiful shot for a number of reasons, not the least of which is the weathered sandstone formations in the background. I used to love exploring these sandstone cave formations with my brothers back in the 70's. We packed a lunch, hopped on our bikes and rode the three miles down Summit Avenue to "the river" for some carp fishing, cliff climbing and adventure. Fueled by PB&J and a quart of grape Kool Aid in our red Kool Aid canteen, we made a day of the trip, packing all of our gear in our Kool Aid backpack (do you see a theme here?) and hitting the road. Mom was at work and after clearing our timeline with our sisters, we were free. It's a wonder no one ever drowned, fell to their death off the high bluffs, or got run over on their bikes on the way. Lord had mercy.

The picture was taken on one of Donna's first trips home in the summer. We were hopelessly in love, as the picture dictates pretty well, I think. I never like saying things like "it was the happiest time of my life" because I think that shortchanges the rest of your life, but this was certainly a very happy time. There was something different about her that made the thought of marriage seem completely comfortable. Mom said she could tell Donna was different in the way I talked about her.

My brother Paul put it best at our wedding champagne toast when he said that he knew she was the one when over a mug of coffee in the BWCA in 1988, he asked me, "So what about this Donna girl? What's the deal?" What tipped him off was when I said "I don't wanna talk about it." He said he knew then that I was in deep.

Other things I love about the picture include that I think it's one of the better pictures of me smiling ever. If you know me, I don't emote terribly well - at least on the outside. I can be having an absolute blast and doing nothing more than showing that thin-lipped, Swedish, straight mouthed non-grin, like I do in most every picture ever taken. This one however, you can almost detect the happiness.

I also love the way Donna is draped around me, and her look of happiness shines through clearly. I love that it's summer and warm enough to not have to wear a shirt. (It might never get that warm again, it seems.)

And the hair. I love that I have hair in this picture. It's been a while.

When this was taken, I had an '83 Ford Escort and Donna had an '83 Chevette. We lived in an apartment and everything we had would likely fit in my garage today. It goes to show you that you don't need much to be truly happy. In fact, sometimes less makes you happier. As long as you have each other, you can be happy. With less stuff, you can focus on your partner more. Luckily, I can say that I am as happy today with the woman in that picture as I was 26 years ago.

At the same time, I think I would be as happy with her if we were still living in an apartment and driving a crappy compact. That's the sign of a strong marriage. One where if you stripped away all the trappings and all you have is each other, would you be happy?