March 30, 2014
With the release of Dirty Shirt: A Boundary Waters Memoir a mere 79 days away, I thought I'd give some sneak peeks at some of the characters in the book. I won't go into much situational detail as far as what is in the book, I'll leave that for you to read when it comes out, but rather I'll try to outline the role they played in my life and how it relates to them helping shape the book.

Because the story starts out with a section on friends, I'll talk a little bit about a friend of mine named Pat.

Growing up, Pat was probably my best friend. Oh I had other very close friends, but Pat and I were just a bit tighter. He has a wicked sense of humor and I always gravitated to him for that reason. We were also both over 6'4", skinny and never good enough at sports to be a starter or on the varsity. We had similar musical tastes - at the time it was Jackson Browne, Bruce Springsteen, Tom Petty, The Cars, and of course our mutual favorite George Thorogood. 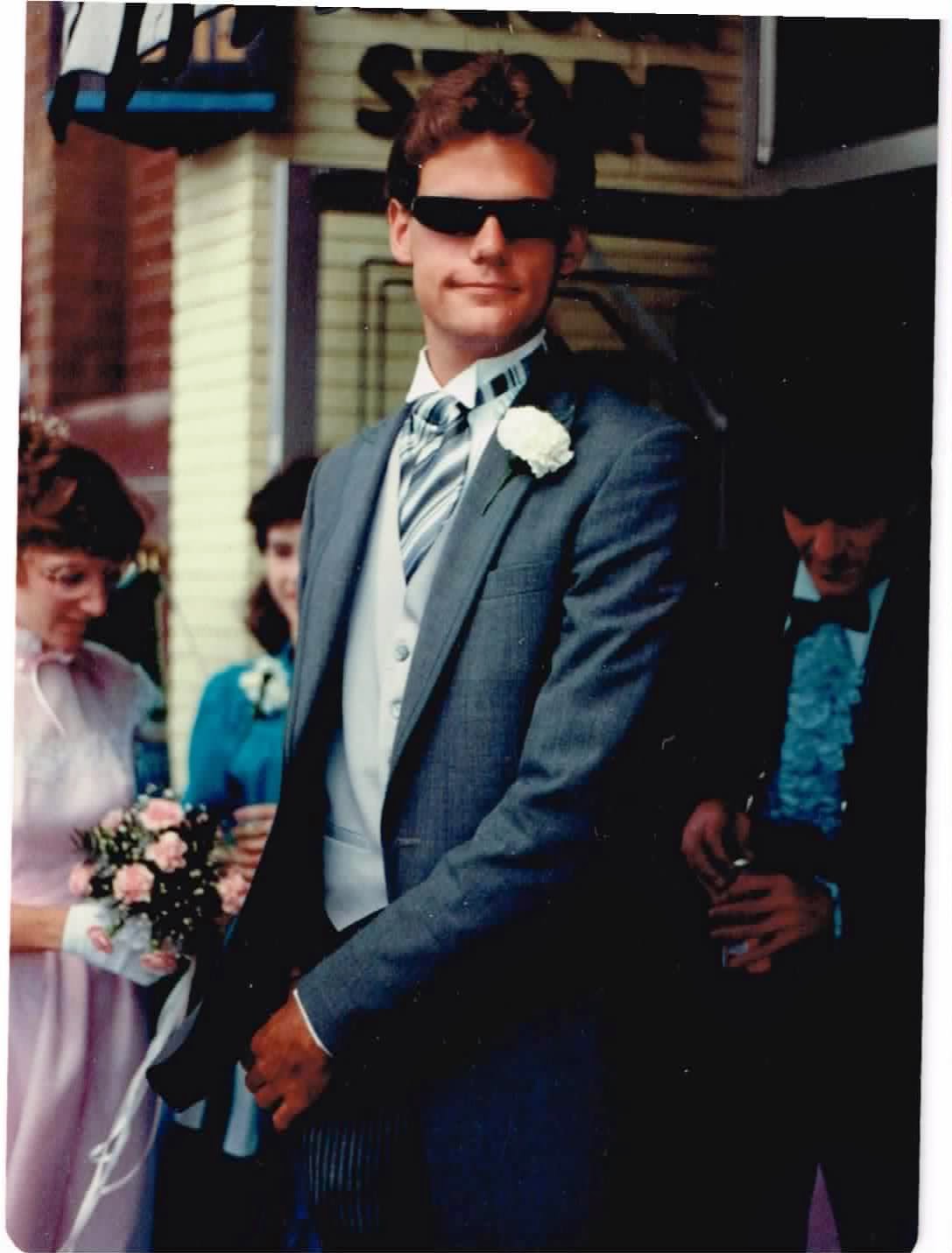 We had some crazy good laughs, Pat and I. One of his trademarks that later became "our" trademark were wrap-around sunglasses. Pat and I always had a pair on hand for that moment of super-cool, should it arise. We frequently wore them at night in certain situations, thinking it created a mystique about us. I'm sure it did, but not the kind of mystique we were looking for.

But that was also the beauty of Pat and I. In some senses we were a parody of cool. While we aspired to be it, we also saw the superficiality of it and so kind of mocked it or at least what it stood for. Pat always said if you were "acting cool," you probably weren't cool at all.

Pat and I both loved the open road. Our thing in college was to take spontaneous trips to St. Cloud, an hour away from the cities, on a moments notice. We went in search of a thrill or a good time, and almost always got one or the other. Pat had a thing for VW beetles and we'd pretzel ourselves into them, turn on his sorely underpowered mono AM radio and head northwest.

His VW's were usually so badly rusted on the floorboard that you had to step on the frame and/or the transmission hump when you got in, at the risk of stepping through the floor. As you might imagine, they could be a bit drafty in winter as well. We both saw any car as a means to get to the next good time. That's all vehicles have ever been to me. Again, the parody of people obsessed with their cars is turned on it's head by Pat, a guy who could care less the image a vehicle projects. I seriously could write a book about our travels in Pat's vehicles. Ask me about his Datsun sometime. Serious movie rights potential.

Pat came from a big Catholic family, like me. We went to the same grade school, high school, and part of college together. (In an aside, I keep thinking of crazy stories about him as I write this, stories that make me laugh, stories that I will remember in my rocking chair, we were crazy fun and it was his fault. LOL) Pat never quite felt as drawn to traditional college education as me, so while I finished up at the U of MN, he moved to Tulsa, OK and went to Bible College. He is an ordained minister and a chaplain for the St. Paul Police force.

I still credit Pat for bringing me to faith. We attended a Christian rally in 1982 that changed my life. He was like a brother to me through the process, calling me out, challenging me and making me a better person. It is a gift that I can never really thank him enough for. My faith is the most important thing in my life, so, thanks Pat.

So, in a nutshell, Pat is the complete good guy. A man of integrity with a wicked sense of humor. A family man, with a heart for people as a chaplain on the police force. It was in the basement of his house that we first planned the disastrous BWCA trip our senior year in high school. I took more than one camping trip with Pat back in the day and frankly, I'd take another one tomorrow if we could. 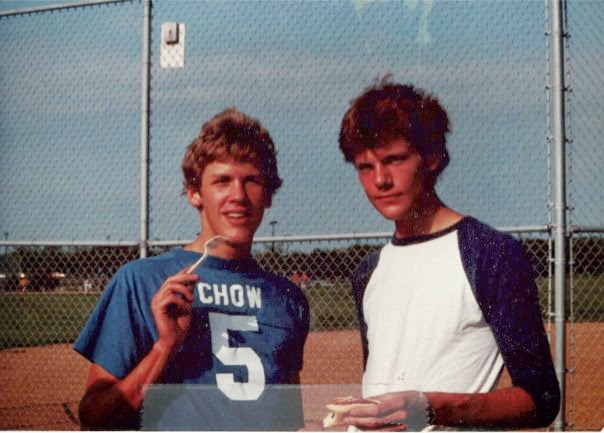 Here he is when we were 19 or so and, yes, he has his shirt on backwards. Fashion parody.

Next Sunday I'll introduce another character from Dirty Shirt.

Unknown said…
How can I not laugh along at all the stories that the name Pat conjures in me? Datsun? Yes! Plymouth? Of course! And how about the car with the easy chair on top!!!