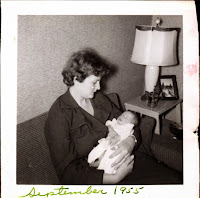 Over the past couple of Mother's Days I've blogged about my Mom and all that she's done for me. She is the single most important reason behind the strong, successful, mostly well-adjusted family we have, (myself fully included there among the maladjusted). Over the years she has cheered us all on, been there for us, our kids, and our kids' kids. She's helped us grow and graduate. She's seen us through job losses and housing changes. She's traveled with us and cried with us. She's given us advice when we asked, and backed off when she felt she needed to. She's encouraged and equipped. Most of all though, she's taught all of us to never give up, never quit and that despite life's hardships, family makes it all worthwhile.

So while Mom has always been there for me, there's a few other mom's in my life that deserve a nod on this day as well.

First and foremost is the mother of my children, Donna. I always said that during our kids' first dozen years or so, I had the easy job of going to work - my cubicle, email, phone, and real live grown-ups - while she had the hard job - diapers, formula, ear infections, and endless "bending at the waist," as we called it. Often times during those years, I'd come home from work and she would leave to sell Pampered Chef or waitress at Matteos. It gave me a 4 hour taste of what she dealt with for 8 hours. Those were precious times for both of us, and I'm sure she'd do it the same way if she could - staying home with her kids - but they gave me a new appreciation for the burdens of a mother. 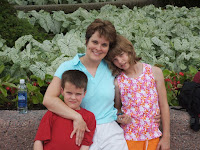 On a related funny note, at my recent poetry launch, I was trying to describe the differences between our two kids, and how there are days where I wondered how it was possible we could have produced such different kids. Somewhat awkwardly I said "There are days I wonder how these two came to be. I don't know who birthed these children."

At this point Donna piped up and said "I do! I did. I birthed those children."

It was a funny moment/exchange between us that reminded me of what a comedian once said. "The bond between mother and child is so intimate. This thing, this being was inside of them growing. The dad, well, he's just some guy she met in a bar."

A bit extreme, but gets the point across nicely.

Another key mother in my life is my mother in-law, Carol. The saying goes that when you marry someone you marry their family too. I couldn't have asked to marry into a better family. Carol has always been supportive of us and a wonderful grandma to our kids. She was instrumental in helping to shape my faith and is always quick with a laugh. As a writer, she's helped edit my work and has always been one of my biggest encouragers. 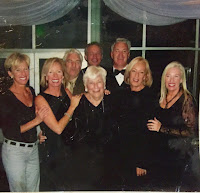 Yet another woman that has been instrumental in my life from a role model standpoint is the mother of my step-family, Mary Ann McKasy. I call her my mother by another brother. She and my
step-father Jack had 8 kids before their divorce, and she managed to raise all 8 of them essentially by herself after he was gone. It was a situation similar to my own and while Jack was part of both families, it was these two women (Mary L and Mary A) that did the heavy lifting in raising these families. I refer to both of them as St. Marys, because that's exactly what they are.

And finally, there were my grandmothers, Helen, Magdalena and Dagny, who my grandfather Oscar re-married. I never really knew Helen (referred to as Nanny) and only have a handful of memories of Mag, but can appreciate what they each did as mothers as well. Maggie had 8 of her own kids and was made of tough old German stock. Dagny, the only one I really knew was funny and always took us kids to a baseball game every year because she knew family was important and she was a huge Twins fan to boot.

And so on this day, take a minute to think of those mothers or motherly figures in your life and all that they've sacrificed to make your life what it is. They kind of keep the world turning in a way. I know I'm thankful for the way they've impacted mine.