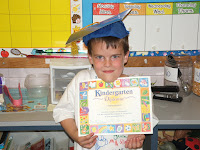 As we approach spring break in our house, we are getting a fair amount of complaints from our kids about how hard their classes are. Our youngest is a Junior in High School, and has complained that his AP (Advanced Placement) Physics and his Honors Algebra classes are hard. After having a pretty strong first semester he's struggling with keeping his GPA up near where it was. From every indication, I don't think any of it is because of lack of effort. He's got three AP classes and an honors class. It's a heavy load for any student. Heavier than I would like by an AP class or two, in my opinion.

At the same time, we are getting the same complaints from our eldest who is in her second year of college at the University of Minnesota. After a strong year and a half, with Dean's list appearances for every semester, she is saying that things are getting much harder. She is a bit of a perfectionist and puts a fair amount of pressure on herself. And so when things don't come as easily to her as they have in the past, she gets frustrated. Of course, she over-compensates to make up for the gap, and I have no doubt she'll excel, but that doesn't take away from the teachable moment that these times are having on our kids. It is a lesson in perseverance and hard work, both of which they'll exhibit and use to pull themselves up.

Part of the deal is that I can in no way compare their experience to my own. The classrooms and expectations of students today is so different than it was when I was in school. The whole AP track pushes kids in competitive ways that we never experienced.

Couple that with the fact that I came from a family of six kids and a single parent where my mom executed student triage for 15 years while we all got through grade-middle-high school. She did what she could and did a great job, but with six, you just kind of make sure no one's flunking out and whatever else happens is just okay.

Take me for example. I was always a B student in grade school. A couple of A's (English, science), a few C's (Math, History) and a couple of B's. I was always "young for my grade" which was both a social and academic detriment - at least that's my story anyway. I was always super shy, as well, but I don't think holding me back from Kindergarten would have changed my introversion anyway.

When I hit high school, I had one directive. Make the B Honor Roll consistently so we could get the "good student discount" from our auto insurance provider. So I carried my "B studentness" into high school and hit the B honor roll virtually every quarter.

But when I entered the University of Minnesota, I floundered my first year. My first quarter I dropped my College Algebra class, rather than take a fail. The next quarter I got my first collegiate D grade and promptly ended up on academic probation. I began thinking I wasn't cut out for college.

Then my brother Tom had speaks with me. He said maybe I should stay on campus and study after my last class was over, rather than going home and killing time before I started work at Montgomery Wards at 4:00. 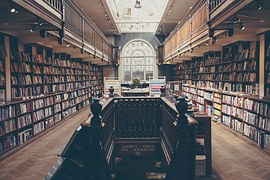 So I switched my habits. I stuck around at school and studied until it was time to take the bus (or my motorcycle) directly to work. Over time, my grades levelled out. Then they started climbing. And the thing about getting yourself in an academic hole is that it takes a long time to dig out of it. It took me the next four years to get my grades back up over a 3.0. (For the record, I did graduate eventually. Also for the record, my one regret is that I did not pursue a Masters Degree at some point. Maybe someday...LOL)

And so I fully understand where my kids are coming from. I am the first one to admit that they are way, way smarter than I was at their age. Way smarter. I also recognize that they're being challenged in ways I never was, in large part because of the AP program. I've reiterated to both of them that when it comes down to it, I am totally okay with a B grade - in any class. They don't need unrealistic expectations. And a B is still above average. At the same time, I expect them to try their hardest and do their best.

But most of all, I'm confident that they'll be fine. Of that I have no fear. They've never given me an indication of anything other than great confidence at succeeding.

So, I'm running with that.

Jo Balistreri said…
I always enjoy reading your posts. The kids today do have a harder time I think than we did. But as you indicated, with hard work and perseverence you were able to bring you grade point average up. Your kids will do just fine with the same values they learned from you, but it's a shame they have all that pressure.

Thanks for posting. In my book, Jim, it's way too competitive out there.