August 10, 2017
There is a running joke around my house about the fact that I can't resist turning down an aging electronic device, particularly laptops.

I think I know where it stems from. As little as eight years ago I didn't have a laptop. I wasn't even really writing at that point because the last thing I wanted to do after looking at a screen all day would be to log on to a desktop computer and stare at a screen at night.

Until I bought a secondhand laptop.

The ability to sit in a comfortable chair and type (or surf the web, as the case often is) was made easy with a second-hand laptop that I purchased from Craigs List for $100.00, or so. It opened new doors.

But, it's been an endless upgrade cycle ever since. Mostly because I am drawn to newer, faster and, well, I'm frugally cheap.

The way it works is that I will buy the kids' two-year old laptops or tablets for $100 when they decide they need newer, shinier machines. Because it never fails that their "old technology" is better than my existing laptop, and so it's always an upgrade for me. And it typically only cost 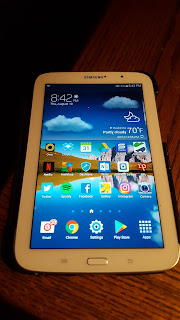 s me $100, which the kids always happily take to help them out with the purchase of their new machines.

I am a technology hoarder.

So when Ben mentioned that Sarah offered to sell her 2 year old laptop to him for college so she could upgrade, I told him that if he didn't buy it, I would for $100.

To which he said, "What, so you can add it to your Rolodex of laptops? How many do you need?"

He has a point. I currently have 3. I am on Sarah's old HP at the moment, but I have an old working Dell Inspiron and a small 11 inch Acer that is little used that I got as part of a class action lawsuit. 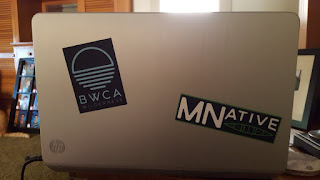 And I have Sarah's old Samsung 8" tablet that works like a dream. For some unknown reason, I was looking forward to upgrading to Ben's Microsoft Surface tablet (For $100), until I learned he planned to keep it as a reading device for college. So why do I need a new tablet if the one I have is working just fine? I have no idea. It's like an addiction. My behavior is erratic when it comes to electronic gadgetry, especially aging technology that has considerable life expectancy to it.

It's a disorder, really. And I need help.

And you know what I've discovered? It's really weird, but you can only type on one screen or device at a time.

But that's not going to stop me from upgrading at the next possible opportunity. (For $100).

Kevin Horgan said…
Most boots mainly cover the foot and the ankle, while some also cover some part of the lower calf. thorogood
September 28, 2018 at 10:55 PM

Richard H. Black said…
Thanks so much for this information. I have to let you know I concur on several of the points you make here and others may require some further review, but I can see your viewpoint. blockchain backend developers