March 03, 2019
I sometimes hear people say, "I'm not creative" or "My brain doesn't work the same way as creatives do." I am still trying to figure out if this declaration is legitimate or just a cop out, a sign of laziness.

And I think I've come to the conclusion, that it may be very similar to the thought that "I've never been good at math," a thought that I often fall back on. In my own situation, I can write a ten page paper without a second thought.

But ask me to divide a fraction or figure out a decimal and you'll see a slow and steady glazing over of the eyes followed by a wrinkling of the nose. I remember looking at my son's calculus notebook in high school and instantly rocketing him to the status of genius, compared to his flunkie dad. Does my lack of math skill make me a bad person? No. Just gifted in different ways.

And I do mean gifted. I feel everyone has gifts in different things, and not just tangible skills like reading, writing, arithmetic, but even skills of the interpersonal or communicative sort. These skills carry as much weight in the real world as some of the head skills, IMHO.

Because of my involvement in my writing circles and my friend group, I am surrounded by creatives of all sorts. Just a few of them here:

Sara: is an artist that not only is a beautiful, loving person, but an artist whose gift of blending colors and lines is positively breathtaking. She experiments with mixing photography and paint and it makes for some stunning pieces. My idea of color blending in dark blue pants and a light blue shirt. People with an artistic eye like this see the world differently.

Mark: is a community theater actor/thesepian whose comfort level and confidence on stage almost precedes that of his real life. Something in him changes when he gets in front of the spotlight. He emotes, sings, dances and makes it all look easy. The thought of going up there like that sorta mortifies me. 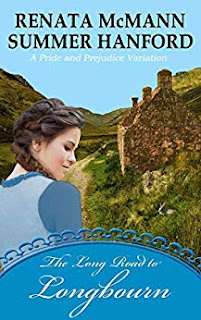 Summer: is a writing colleague that has not only written half a dozen YA fantasy novels, but has written Fan Fiction that has seen sales levels that I can only dream about. This past week her numbers on Kindle surpassed 100,000 books sold, with 60,000 of those coming in the past year. Phenomenal. She is one of those people gifted with words for a compelling story and a knack for pushing out books. She gets it. 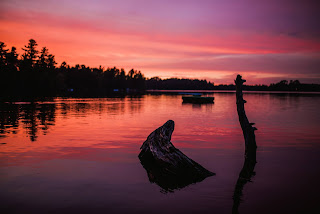 Nick: is a musician friend of mine that is proficient at multiple instruments. Guitar, harmonica, organ and drums. He's got a great voice and can write his way around a song better than most. This ability to play an instrument while singing is like trying to rub your belly and pat your head. I can barely listen to music and walk at the same time. Gifted beyond belief.

Brandon: is a photographer friend whose pictures rarely fail to drop my jaw. His knack for spaces, perspectives, shadow and light is nothing short of a gift. He sees things other people do not.

This list is not meant to leave others out. I know far too many to list. You know who you are. This short list though, does give a good feel for the breadth of styles that creativity can take.

Even cooler are those artists who are gifted at two forms. Many of my writing friends are not only  great writers, but really good artists. These hyper-creatives are from another planet, I think.

Creativity, like math skills, is something everyone is capable of, in my opinion. I think those that tap into it with curiosity and a desire to be better at it can become better at it. I also think that there are some people with innately better propensities for expression and creative output. It doesn't make the rest of us that don't any worse, but it sure helps me appreciate them even more.