March 24, 2019
Both of my kids just finished up trips to California. They are 23 and 20 years old and these trips were completely orchestrated by them.

They paid for them.

Sarah was out visiting her boyfriend's parents in Sacramento and managed to take a side trip to San Diego and Los Angeles. Ben was out for Spring break and managed to stay at a friend's uncle's place in Oceanside. 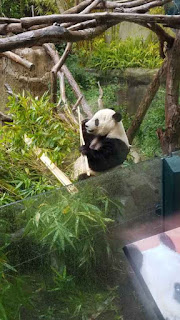 It is well known that San Diego is maybe my favorite city in the US. So when Sarah mentioned she was going there, I wanted to tell her all the places to see. I might have mentioned a couple of things that I thought were important, but ultimately, these trips are up to them. She made it to the San Diego Zoo and saw the pandas. She also made it to Balboa Park for the cherry blossom festival, which was beautiful in its own right.

Ben made it to Oceanside and from there took an Uber to various locations nearby. Then, later in the week, he took the Greyhound, alone, to Los Angeles to visit a friend from high school. That little side trip almost put my wife into cardiac arrest. The thought of my son navigating the streets of L.A. on his own, makes me both proud and terrified. At least my daughter is with her boyfriend. ALONE! In LA!

Seriously though, it was great getting text messages from them about their travels and adventures as they were living them. We were able to relive part of our own youth as we read them.

If there is one take away from the week, it is this.

Our kids figure it out.

I did it when I was 23 too. It was a trip that is the basis for my chapbook, On a Road.

We've raised them with a suitcase in their hand for the most part. We've driven and flown thousands of miles with them in an effort to show them there is a big wide world out there. 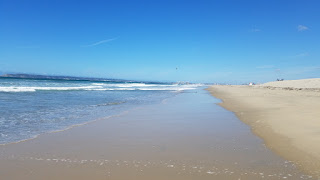 They have come to an age where they are taking travel matters into their own hands.

And while it makes us happy and proud, there will always be a level of concern and worry that goes along with it.

I guess that's called being a parent.