September 14, 2014
It has been a couple of decades since I've been to an ice arena rock concert. I think the last time was Eric Clapton at the St, Paul Civic Center ala 1986 or so. Oh, I've been to quite a few shows since then, but none were in the setting normally reserved for hockey and basketball. You know the kinds, where it's more of an echo chamber than anything, and at the end your ears are ringing. The Replacements, a band out of Minneapolis once made a song titled "I bought a headache" which references the very St. Paul Civic Center I mentioned above. One of the lines was "Eight dollars, fifty cents, I bought a headache." More often than not this was true.

Back in my twenties, that was what we did. It was the only way to see many of the bands I liked. They played the large arenas and, acoustics-be-damned, we paid to go see them. Some were better than others, but because I was (and still am) such a music nut, I went many times. Many more than any audiologist would ever recommend, certainly. I have the strange distinction of having the stubs from every concert I went to. Weird I know, but now that I have them, I'm not sure what to do with them after 30 years. I think they should be part of an art piece someday. We'll see. Here's some of the many>>>>

Of course everyone remembers their first concert. Mine was the Electric Light Orchestra in 1978, a band I absolutely lived for for a few years. They came to the Civic Center and I wanted to go so bad and none of my friends wanted to go. So I went alone, which seems a bit desperate, but I didn't care. It was my first concert and I still swear to this day it was the loudest I've ever been to. The coolest part of the show was the lasers they used throughout. At the time, it was cutting edge and was spectacular to see. A memorable night, for sure.

So anyway, when Ben said he really wanted to go see the Black Keys, I told him I would go with. I happen to like them a lot too, and when he had no friends that could go, I offered to drive him and go along.

We went out to dinner at his favorite pizza place (Ian's Pizza) and then hurried over to the BMO Harris Bradley Center. The opening act was Cage the Elephant, who both of us liked a lot too, so we didn't want to miss it.

We took our seats in the nosebleeds that were stage left. They were off to one side, but not bad seats by any means. They had the highest seats cordoned off, and the arena was only about 3/4 full, which I had never seen in a concert before. Usually things were sold out solid.

When Cage the Elephant came on the bass drum hit me in the chest like a .44 magnum. I had forgotten how loud these shows were, but after the initial shock, we both settled in. The lead singer for Cage was as energetic and flamboyant as Mick Jagger. Very entertaining. Ben seemed to be enjoying it as well, and even pointed out the girl in front of us who texted the ENTIRE time. It was insane. 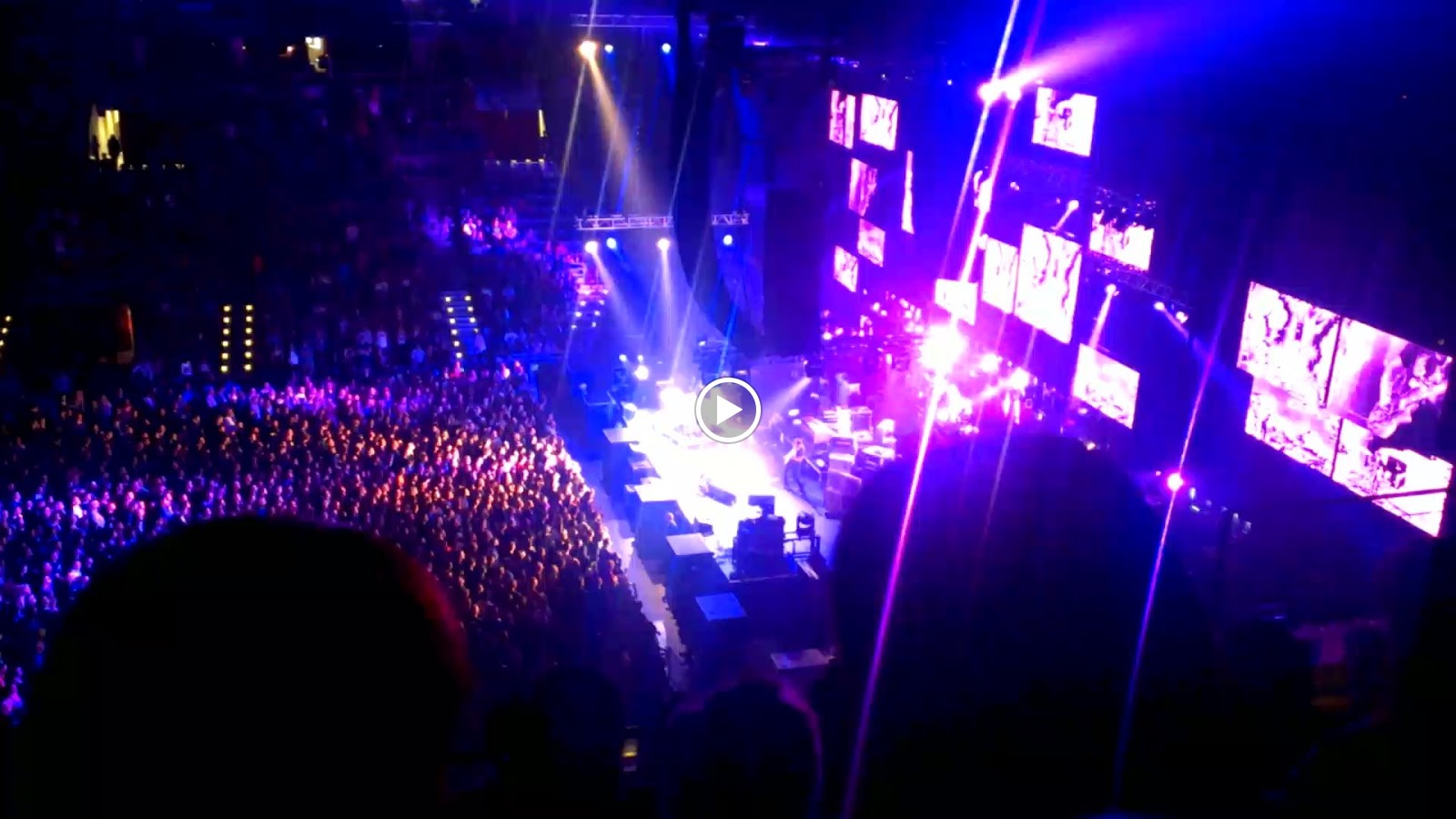 After a 20 minute equipment change, the Black Keys came on. They took the sound level up a notch and put on an incredible show. They are a two man band with several "studio musicians" who seem to travel with them. The lead guitarist's solos were executed with brilliance. The guy was amazing. Coupled with a drum beat that could defibrillate a stopped heart, it made for a wall of sound that was on the near side of epic. It was a sonic streetfight.

All of it brought back to me the reminder of why I love seeing live music. I realized again why I saw so many in the 80's and 90's. The energy, the noise, the big screens, the light show, and just the spectacle of it all. It's hard to pin it down to one thing. I love it all. Unbridled fun. And for myself anyway, it's like dancing in that the only ones there are other people who love the performers as much as you, so it's like one big happy family. No one feels out of place. Old and young alike.

Was it irresponsibly loud? Yes, Was it overpriced? Probably. Are my ears still recovering? Yes. Do I regret one note? Absolutely not. I'd do it again in a heartbeat.

I still say I want a searing guitar solo done at my funeral. If you know me you'll understand.