September 07, 2014
The middle portion of the never-ending trip to Minnesota a couple of weeks ago, involved sending my eldest off to college at the University of Minnesota. The day before we did this though, we took a trip to the Minnesota State Fair. Donna  and I absolutely love Minnesota's version of the fair. Not to dismiss Wisconsin's, which is very good in it's own right, but there's just something about the Minnesota fair. 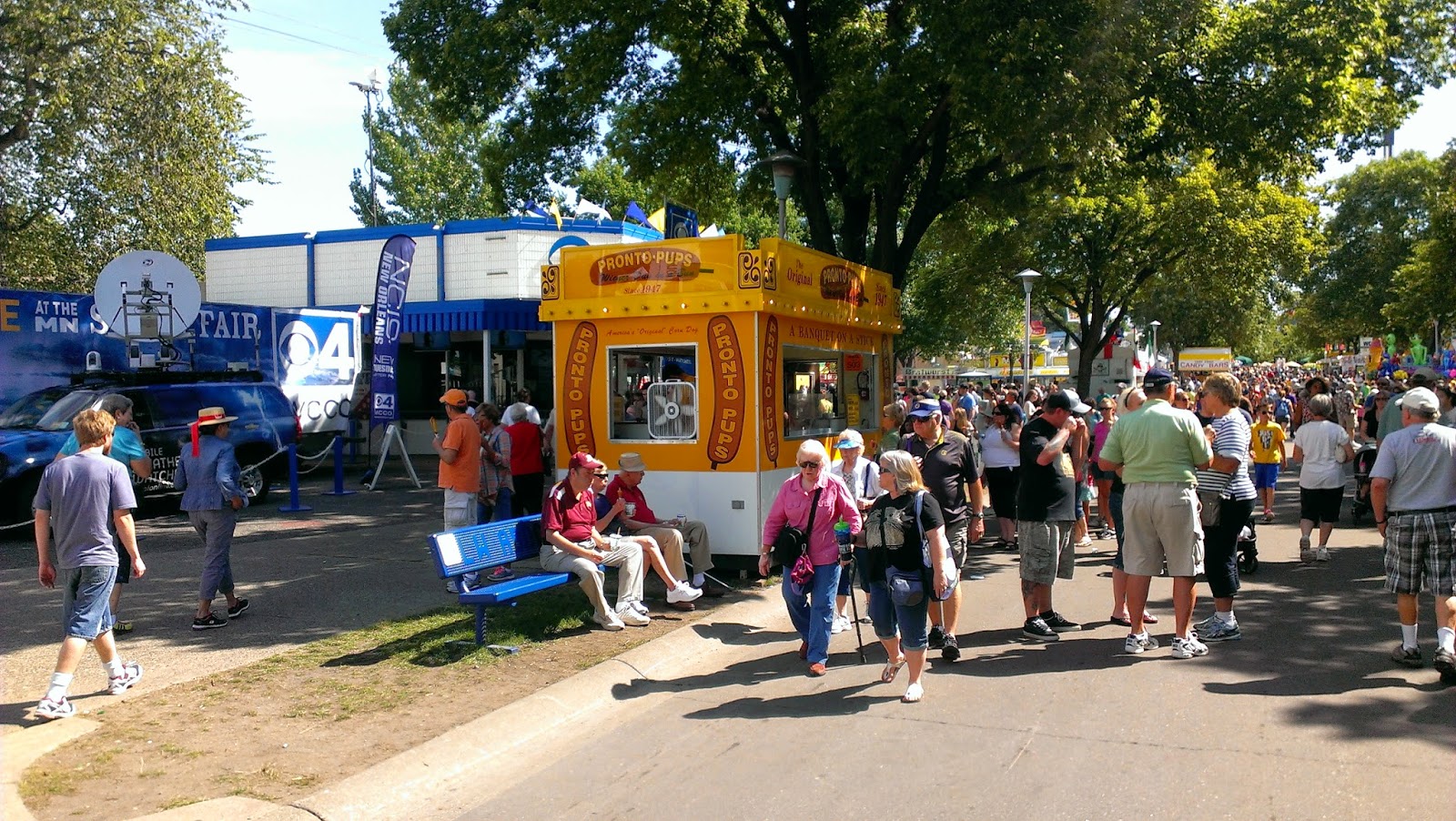 We talked a bit while we were there and determined that much of its appeal was in the grounds themselves. There were lots of trees and shady areas to sit. The grounds are much larger and more spread out too, which helps. Also, one of the neater things they did was set up a program where if you donated a certain dollar amount, you could have a bench dedicated with a name on it. This made for lots of options to rest your legs.

The grounds are fine, but frankly, we went for the food. We ate our way around and got all the required goods. Tom Thumb donuts, Pronto Pups, Izzy's Ice Cream (Jello Salad flavor), Chocolate Malt from the dairy building, micro brew from the beer garden and most of all Cheese Curds from the
Mouse House. We even saw Al Franken walking around schmoozing the crowd. We also met up with a second cousin I met on Facebook for a quick book signing and photo-op.

Let me just say that the move-in process at the U of M is nothing short of phenomenal. We were assigned a time to show up to the unloading zone. When we got there 3 students ascended on us and started unloading the van. When they were done, I was told to park it in a ramp while they brought it to the room. They were courteous and efficient. Within an hour we had her room set up. It was refreshing to see because we were all kind of fearing the worst.

We walked with her across the Mississippi River bridge to register for Welcome Week at Coffman Union. Thinking back, I realized it was the first time I'd crossed that bridge in almost 30 years, (1985). The campus was familiar, yet strangely foreign. The students looked impossibly young and I felt incredibly dad-like and old. There were many happy times on that campus, years that were some of the best of my life. I knew It would be a radically different experience for her. At the same time. I was glad that the U of M was her chosen school, It meant I would be able to better relate when she communicated what was going on at school.

After she registered at Coffman Union, we walked her back across the river and we all went out to dinner. Campus traffic is all different now because of the light rail running down Washington Street, so we ended up going to Perkins, because parking was crazy everywhere else. (An event at Northrup Auditorium made sure of that.) After dinner we drove back to her dorm and dropped her off. 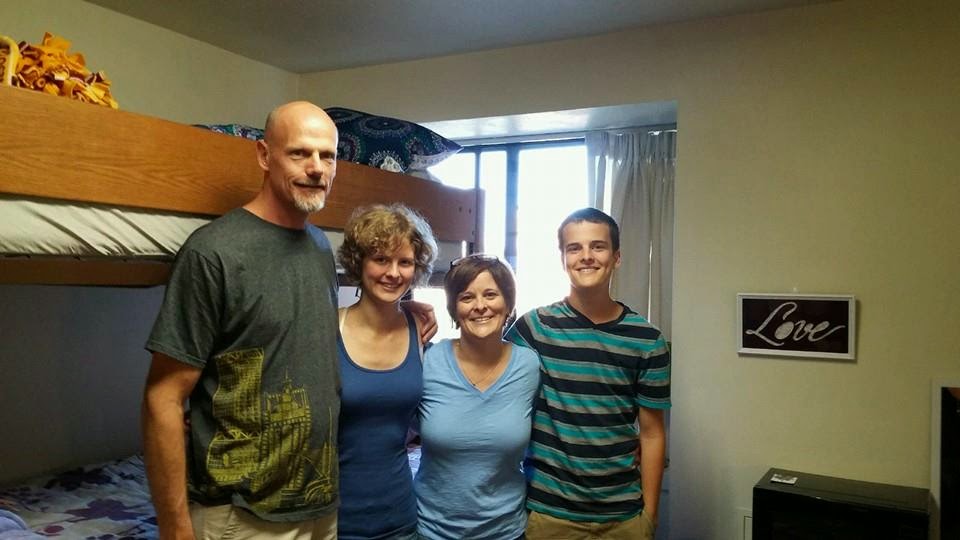 Saying goodbye was one of the toughest things I've had to do in a while. We have prepared her well for her college career, but that doesn't make her absence any easier. After our long teary hugs and goodbye, she walked away with confidence. We kept waiting for her to turn around, but she never did. I am kind of grateful she didn't, as it would have made it harder for both of us. It was clear that she has waited for this day for a long time, and when she crossed that line of goodbye, there, quite literally, was no turning back.

So here we sit in a house with one empty bedroom. It is strangely quiet at times. My girl cat is confused and lonesome. The second car sits idle more often now too. Strangely enough, I miss scolding her for staying up too late and I also miss her sleeping till noon. I get daily texts, but they cannot fill the silence of her absent voice. I miss her greatly, but know she is exactly where she needs to be.

She will be fine.