April 28, 2016
The older I get, the more I appreciate creative arts that move me in ways nothing else can. Be it words from a poem, a play that strikes a chord and brings me to tear, a movie that makes me laugh or even a well written book. I recently finished Richard Brautigan's book, A Confederate General From Big Sur, which had me laughing in bed while reading it. Part of the appeal of that book and other great works is that I try and get in the head of the artist/author/poet/director that penned the thoughts, wrote the piece or created the work. It is a pure and simple appreciation for an artistic outpouring or talent. 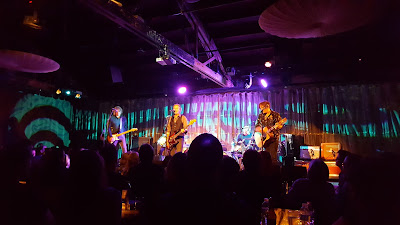 Along these lines, if anyone knows me, they know that I am a music nut. It has always been my "thing" and so when I heard that The Church, a favorite band of mine from way back was coming to Evanston, Illinois to play two sets, I was intrigued. I'd been meaning to see them since I last saw them in Madison in 1988.

And so when I heard they were playing my favorite album, The Blurred Crusade, in its entirety as their first set, and then more hits as part of a second set, I was hooked. My wife, also a Church fan, suggested we make an overnight stay of it and do lunch in Chicago the next day. She made the arrangements, I got tickets and this past Monday we drove down. 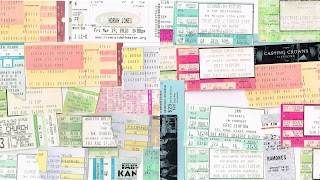 Music nuts are weird about these kinds of things.

To spare you from the blow by blow, suffice it to say that it was phenomenal. The band (and there are only two remaining original members) has not lost a step in their play at all. It was an intimate venue of about 180 people and we were literally 20 feet from the stage. 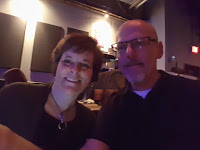 So as they played all the old greats and many of their newer songs, I started thinking how great it was that I was here with my wife to share what might have been the best concert I've ever experienced - and I've been to a TON of concerts. This was an early anniversary present to each other and what better way to celebrate it? When they played "our song," Under the Milky Way, I grabbed her hand and proceeded to get downright misty-eyed. She and I have had such a great life. I don't know how I got so lucky to land with her. I guess I owe that thank you to my brother Rob, who introduced us.

With the recent passing of Prince and David Bowie, I wanted to make sure I made it to this gig. None of us has a pass to tomorrow and you never know when a band is going to splinter, especially when they've been doing it for 30+ years. These guys looked like they could be doing this in ten years, and I hope they will.

I might have a hard time explaining it to my grandkids, though.