April 30, 2017
Yesterday I attended the Wisconsin Fellowship of Poets Spring Conference at the Park East Hotel in downtown Milwaukee. This is a statewide group of writers and poets who come together twice a year at various locations around the state. Because I've only been a member for a couple of years, and I'm busy with other writing pursuits, conferences and, well, to be honest, life, I haven't had the chance to attend a conference. But when I heard they were meeting in Milwaukee, I decided to make it a point to go.

There were about 110 people there, a turnout much higher than I expected, frankly. Their agenda featured everything from a business meeting, to "Roll Call" open mic poems by people in the audience to featured poet Mark Doty.

While the group was heavily tilted on the over 50, white female crowd, there was a decent cross section of age and race as well. I noted a lot of grey hair, to which my wife reminded me of my own grey - what is left of it anyway.

Demographics aside, there were lots of moving words and powerful voices despite a mic system that was more annoying than helpful most of the time. (From my perspective, The Park East Hotel is in need of some significant updating, but I digress.)

Some of the highlights of the day were:

Poetry is such a niche genre. People who read fiction and non fiction often times have no time for poetry. They "don't get it" and I get that. Some of it I don't get, either. But in a setting like this with all the talent and diversity, if you sit long enough, there is something for everyone. 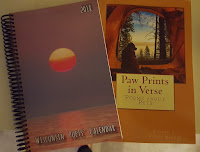 Of course, poetry, like any other artistic endeavor, has a few crackpots and eccentrics. That's part of the reason I go to things like this. It broadens my vanilla-white-middle class-male perspective on the world. It's the eccentrics and the crackpots that keep it interesting, colorful and beautiful.

And when they can write phenomenal stuff like some of these folks it makes the world a better place.