There are lots of theoreticals that I could formulate about things that my father would have done for me had he not been taken at a young age. The places he would have taken me, the values he would have instilled and maybe even the things he would have failed at. But these would be just that, wild ass guesses as to what might have been.

Instead, I'd rather focus on the job I undertook when my wife and I decided to raise children - only two - just like we'd told to our pastor when he was giving us our "pre-vows" marriage class. 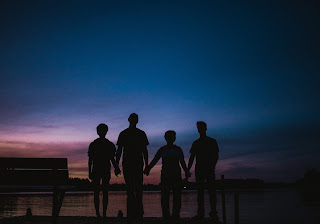 It has been twenty one years of the craziest movie anyone could have ever written. Our lives  switched from scene to scene as they progressed from dependent infants to terrible two-year-olds, to grade schoolers and finally to adults who we can talk and laugh with on an adult level.

There are far too good times and memories to list, but here are a few things I will always remember as a dad:


As I said, there are far too many moments in fatherhood where I am stopped in my tracks and think to myself, 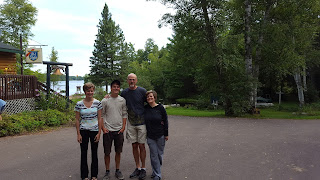 But it's also in the moments that are less than spectacular. The worrying, the hand wringing, the correcting, the encouraging, the restless nights when they were sick, etc. Those are part of it too and it is the collective sum of all of these moments together that make a family strong and united. And now they will be off to face their futures alone in a few months and the worrying and hand wringing will start up again.

And while I wish parents would get handbooks about how to raise healthy, happy, successful kids, I now understand that part of it is that we're learning too in the hopes that they are learning from us. You only get one chance to raise your kids, so you better make it good. I learned what I could from my mom and from there pretty much made it up as I went along.

The whole fatherhood ride has made the craziest movie ever into one I wouldn't trade for anything.