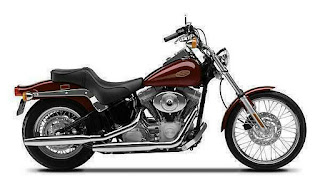 Had a bit of a mid-life moment today. I was riding home on my bike, like I did last week, and the month before that, and the year before that and the job before that, thinking I've been here before.

No, no that wasn't it. It was the thought that my life has become as predictable and as boring as the morning paper. Yeah, that was more what it was. That was it.

There is a rut in the road from my doorstep to my workplace that my bike tires have worn. I knew exactly what my evening would bring even as far as writing this blog. I knew it would be an evening of a bike ride, a bit of the evening paper and a walk of the dog. Then I'd pick Ben up from practice, eat some dinner, watch 12 minutes of the football game, feel the guilt that I wasn't writing, start writing and go to bed at 10:00.

Tomorrow will be strikingly similar. Strikingly.

What I really want to do tomorrow is Para sail. Or get kicked by a kangaroo in the outback of Australia. Or eat a chocolate covered insect in the jungle of Vietnam in a grass hut. Or ride a Harley out to Seattle and down the coast. Or climb a half dozen of the high peaks. Or sit on a crowded train in Turkey and wonder where I was going to spend the night. Or bike through Tuscany. Or help some Somalis dig a fresh water well. Or get a tattoo. Or catch a marlin in Florida. Or picket with the Wall Streeters in NY. Or bungy jump from the Royal Gorge bridge. Or learn how to do a 90 meter ski jump. Or get snake bitten in a perilous location. Or play receiver for the Packers for one series. Or skydive from a small plane. Or listen to Coldplay at the Opera House in Australia. Or help people stack sandbags to save their house from a flood. Or take a chopper ride in Hawaii. Or learn electric guitar. Or sleep in a mosquito net bed in Mozambique after a day of helping aids patients.

I'd really rather not dodge traffic on my bike tomorrow.

I realize that I have it good, really good. I have a beautiful wife who cares about me and two great kids that are as good as a man could ask for. I have a great job and a nice house in a great city/state. A dog, two cats and a pension.

I also know this is only a passing feeling and is completely unfounded. I have no plans on going through with anything drastic, and if you know me, you know I'm not that way. I won't be running off with the cleaning woman, as we have none. I won't be getting a Porsche Boxster convertible, as I could never afford the insurance and would look pretty ridiculous in something so small. I won't be taking a meditation class as I have inner peace without it.

But by writing it all out, in a way, I feel better already.