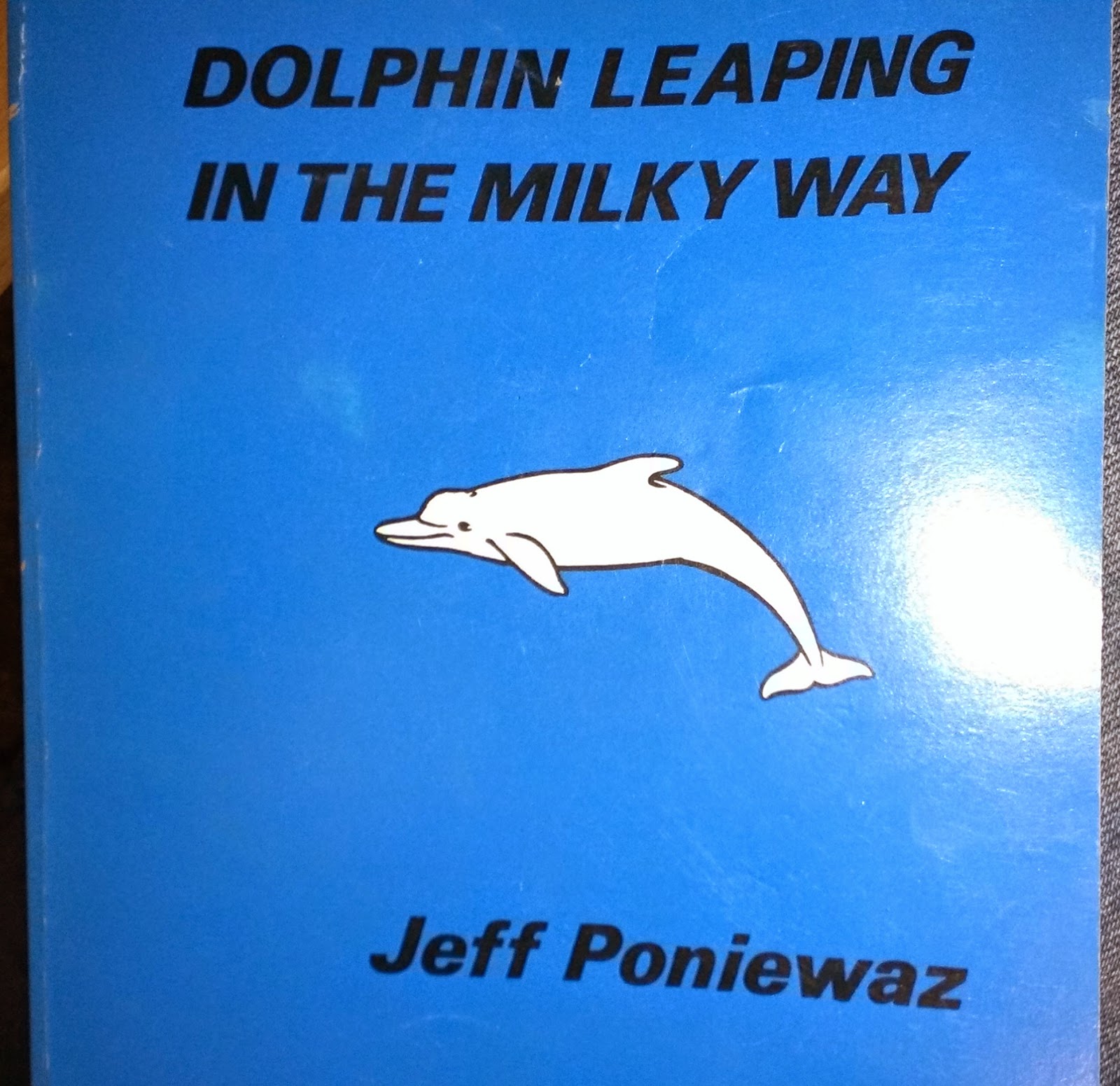 We're nearing the end of NPM, and I'm out of user submissions, so I thought I'd dig deep into my literary archives and pull something from another Southeastern Wisconsin poet, Jeff Poniewaz.

Back in my bachelor days in the late 80's when I was living on the east side of Milwaukee, Jeff Poniewaz and another poet, Antler, were up-and-coming in the poetic ranks. Their poetry was political, edgy and powerful. I still have Poniewazs' collection titled Dolphin Leaping in the Milky Way, and so I thought I'd bring one of his poems forward into 2014. This one is a humorous poem about a serious subject. Jeff always cuts right to the core.

Three years ago two friends gave me
a set of six Endangered Species Glasses,
each glass etched with the picture and name
of one of the species near extinction.
The Oryx was the first to bite the dust--
a friend laughed so hard at something I said
it slipped full of wine from her fingers.
A few months later the Cheetah fleeted
faster than my reflex to catch it.
The Polar Bear was the loser
in a battle with an ice-cube tray.
The Whooping Crane flew out of my hand
as I wildly gestured a poem.
The Eagle was the last to go.
I broke it against the faucet
while doing the dishes.
Each time one of those glasses broke
I got a lesson in fragility,
a shattered metaphor for
what extinction means. Now
only the Tiger remains...
and it's chipped.