Well, I'm not. At least that's what my brain keeps telling me. I seem to prove it otherwise more often than not, but frankly I don't want it to get around that I know which end of the hammer to use. It only causes more work.

My latest not handy endeavor was to put a new back screen door on. Our old one broke when the wind caught it one day and, well, it worked, but it looked like crap. I measured it, went to Menards and bought a new door.

After putting the project off for a couple of weekends, I set to it on Saturday about 10:30. My goal was to have it done by 12:30 or so. Bahahahaha!

First thing I find out is that it's about an inch and a half too long. What the heck? I measured it didn't I? I bought the only 30"X80" standard size door they had. What gives? This leads to my first web search of "Can you cut a vinyl/wood back screen door using a saw?" It turns out you can, so after measuring 3 times against the old door, I cut it. I love power tools, but only when coerced into using them

Next I had to cut the aluminum trim. I grabbed my sorely lacking, somewhat dull hacksaw and started in on it. This might have been the hardest part. Not to mention it made the fillings in my mouth hurt.

Then in trying to drill through the aluminum in the door, I break my first drill bit. No problem, got plenty of them. The next one doesn't fair well either as I bent it once it heated up enough to melt metal.


This is why I don't like projects. It's the "sub-projects" that get created along the way.

I replace it again and finish the job. (I break a third drill bit later, but that's another story.

I get the hinge piece on, mount it to the door frame and low and behold...it doesn't close. Luckily it didn't close because of a trim piece that had been put on the last time I replaced the door. So I take that off, and then lo and behold...there's now a GAP!

Oh the humanity. Did I mention I'm not handy?

Well, I must be getting wiser because I salvaged the old trim and was able to reuse it for the area that had a gap. (The house is not flush, built on a hill, by drunkards with balance issues and a 35 inch yardstick. So there's that.)

I re-gap the gap and lo and behold, the door closes flush and tight.

I finish up the rest of the work and look at the clock. 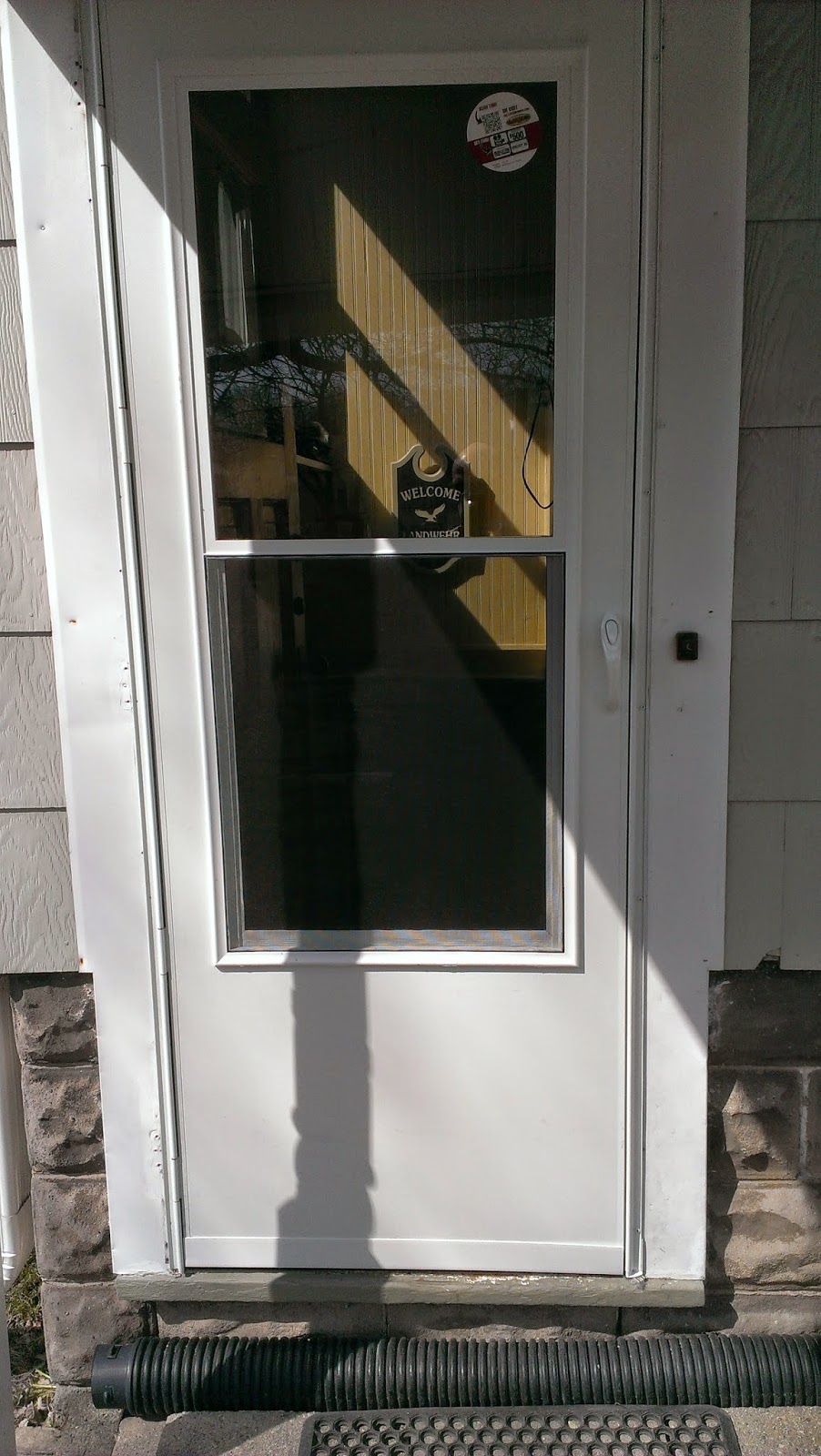 Not a record, but hey, it looks terrific, don't you agree? Not bad for someone who's not handy.